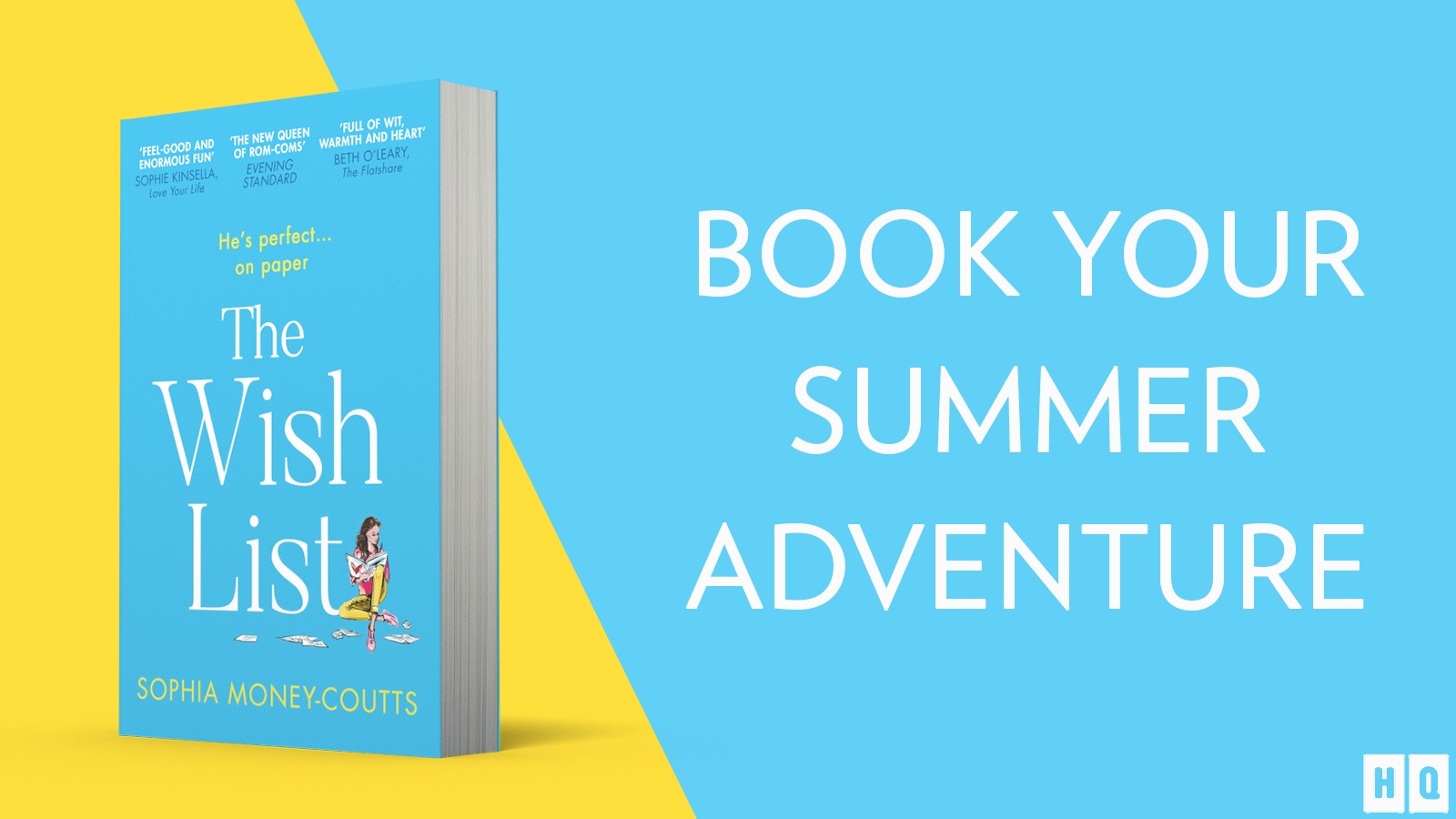 We have a bonus summer adventure for you this weekend: head to dinner with Florence Fairfax, the protagonist of Sophia Money-Coutts’ hilarious and feel-good romance The Wish List!

‘Two, four, six, eight, ten…’ I muttered, taking the steps two at a time. Shit. Eleven steps. An odd number meant that dinner was going to be bad.

That absurd evening at Claridge’s was where it started. That was how the list came about. As the quietest member of my loud, combative family, I often dreaded dinner with them. But I suspected this evening would be especially painful, which was why I counted the steps from the Hyde Park underpass into the evening sunlight. It was a game I called Consequences. If there’d been an even number of steps, the dinner would be all right. It would pass without drama and prove my family could behave normally. But no, eleven bastard steps. That dinner was always going to be tricky.

Technically, it was a celebratory evening because Mia had become engaged to Hugo. My half-sister had agreed to marry a man with all the intelligence and sensitivity of a spatula and everyone was meant to be excited. Patricia, my stepmother, had almost spontaneously combusted with joy at the idea of her daughter marrying a man who wore a signet ring, drove a Mercedes, belonged to a Surrey golf club and earned over £200,000 a year working for an insurance firm called Wolf & Partners.

I was less excited. I knew why Mia had said yes. Everyone seemed to say yes these days. They said yes in private, on a beach or up a mountain, then rushed to tell their 652 closest friends on Instagram that they’d said yes, sometimes with the hashtag #ISaidYes to underline the point. A lunatic hashtag since nobody was ever going to put up a photo above the hashtag #ISaidNo, were they?

Mia had posted her picture from the terrace of an expensive Italian restaurant a week ago. The shot was mostly of her left hand in front of her chest so we could all see the diamond as big as an eyeball on her finger. Her nails were fuchsia, her blonde bob was brushed and her face was smooth with make-up designed to look natural but had, in fact, taken Mia over an hour to put on that morning – she’d found the engagement ring a month earlier in Hugo’s boxer shorts’ drawer and realized he was about to propose.

You could just see Hugo behind Mia in this picture, as if he was trying to photobomb his own engagement shot. Underneath, Mia hadn’t just written #ISaidYes, but also #sparkly, #dreamscometrue, #heputaringonit, #shinebright­likeadiamond, #happytears, #togetherforever and, finally, just #love. I’d spent a good deal of time scowling at this picture, trying to decide which hashtag was the worst. Was referencing both Beyoncé and Rihanna in a social-media post designed to alert the world to your engagement something you had to do now? I was thirty-two, but nonsense like this made me feel 900 years old.

The Wish List is available now in paperback, eBook and audio here.