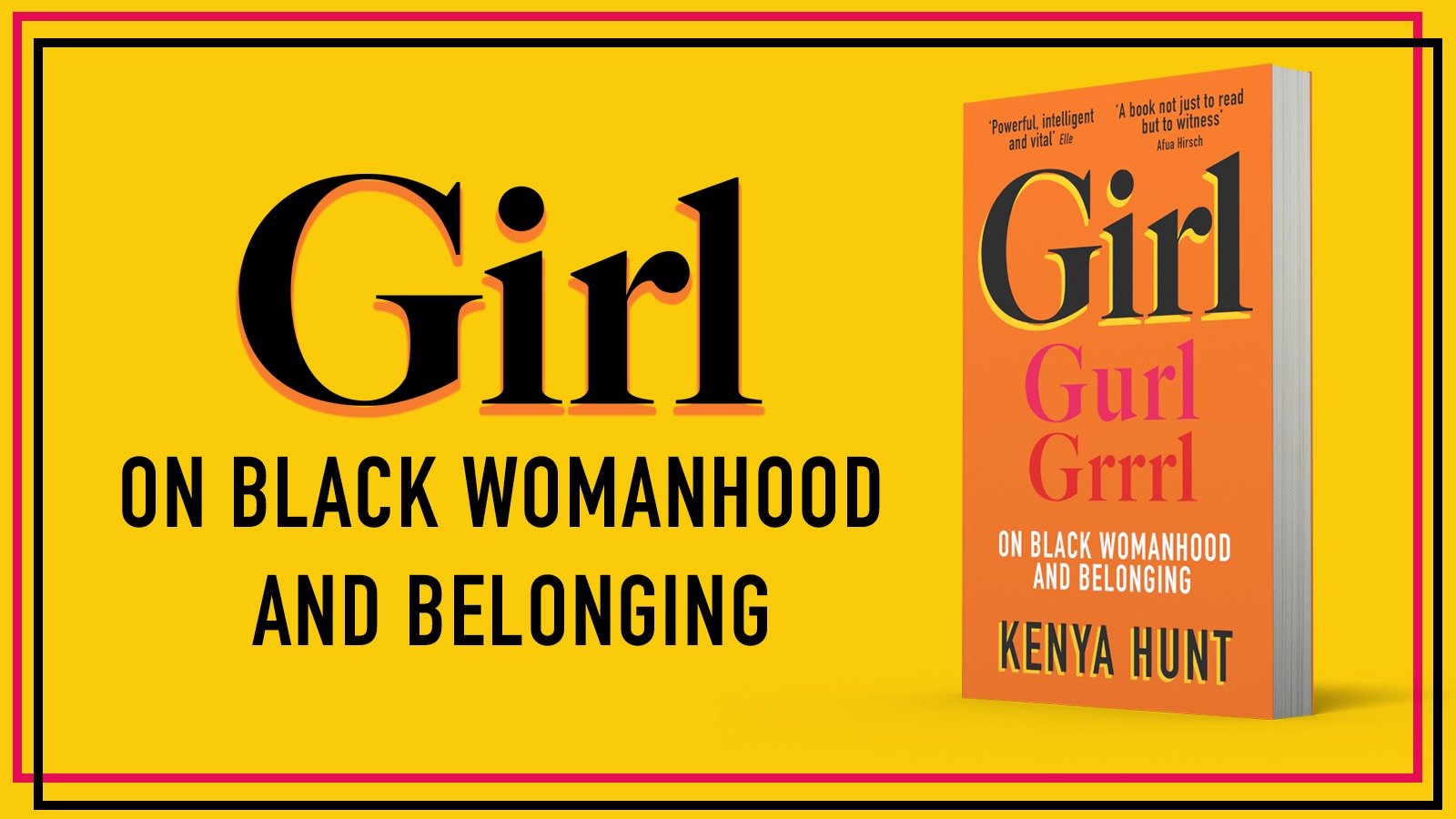 In the vein of Roxane Gay’s Bad Feminist, but wholly its own, Kenya Hunt’s Girl is a provocative, heartbreaking and frequently hilarious collection of original essays on what it means to be black, a woman, a mother and a global citizen in today’s ever-changing world. Scroll down to read an extract.

I began hearing the call-out beyond my network of Black girlfriends. ‘Girl,’ Kim Tatum said, greeting fellow trans activist Rhyannon Styles during a podcast episode I hosted during my time as an editor at British ELLE. We were discussing what it meant to be trans, an idea that had entered the mainstream for the first time through global headline makers such as Orange Is the New Black star Laverne Cox and writer Janet Mock.

‘Damn, girl, you look fabulous,’ an Instagram post by the body positivity activist BodyPosiPanda read, inviting women to embrace their most authentic, unfiltered selves and learn to love the back fat, stretch marks and acne scars.

‘I’ve got your back, girl,’ I overheard a middle aged White saleswoman say to her co-worker, hair streaked with grey, as she fixed a frozen cash register during a shopping trip.

In a way, the word had become a positive affirmation and a vocal show of unity in our age of outrage. Yet there is little written about its use in this way.

I’ve watched ‘girl’ come full circle, just as my relationship with it has. I now openly use it to show sisterly affection, shared cultural experiences or not — as do many Londoners I know. When I checked in on a pregnant friend in south London who had birthed a baby boy after three days of labour, her reply, a single word sent via text, spoke volumes about joy, exhaustion, relief and perseverance: ‘Girl… ’

She didn’t need to say anything more.

At a women’s festival at the Saatchi Gallery where I appeared as a speaker, the green room was a joyous din of loud laughter, chatty group hugs and enthusiastic ‘hey girls’ between authors, journalists, models, activists and athletes. On stage, I asked Halima Aden, the Kenyan-born woman who made history as the world’s first hijabi supermodel, if she ever felt a weight of responsibility as A First. ‘Well, girl, when you put it that way,’ she laughed before admitting she does.

Here, ‘girl’ wasn’t tied to any specific country of origin. Just as it wasn’t during the London Women’s March months later where protestors of all ethnicities and ages walked with placards featuring such ballsy messages as ‘Girls just want to have fun-damental human rights’ and ‘Girls doing whatever the fuck they want.’

Pre-order the paperback of Girl: On Black Womanhood and Belonging by Kenya Hunt here.

You can also listen to an exclusive Spotify playlist curated by Kenya Hunt herself that includes songs featured in or are in the spirit of her book! Listen here.