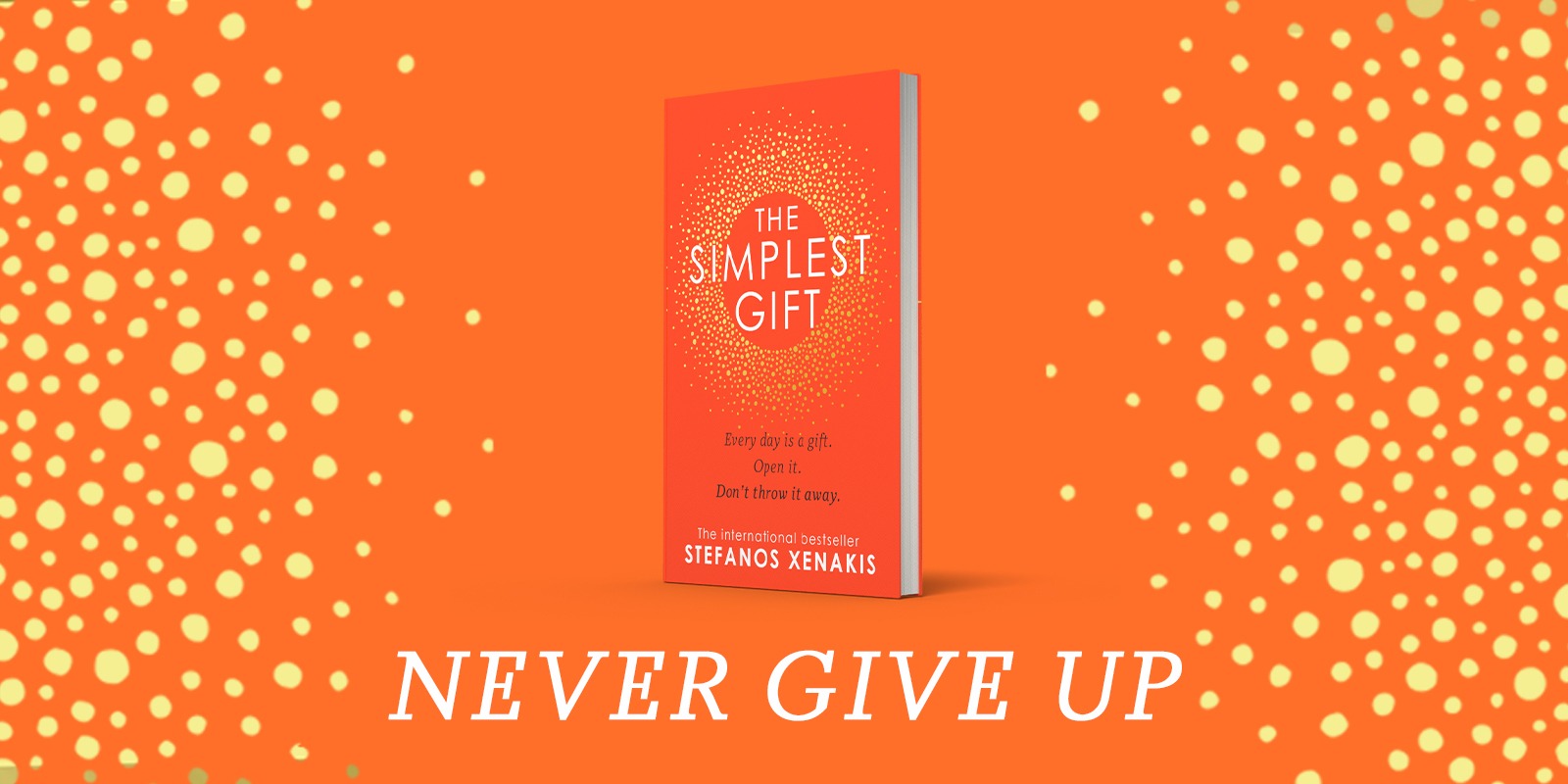 NEVER GIVE UP: The Simplest Gift

YOU HAVE YOUR ISSUES. We all do.

They’re part of living. And you’ll have them for as long as you live. What matters is what you do with them. That’s what life is all about.

Some people just sit and look at their problems, in a positive way, admittedly. At some point, they’ll go away, they say. But the damned things don’t go away. Just thinking positively will not get you what you want. On the contrary, in the end it’ll prove you wrong and disappoint you. Hope is merely the foundation. It won’t raise the construction on its own. Been there; done that. I got an A+ in the hope department. It’s in the action department where I got an F. It was the perfect recipe for let-downs, disappointment, depression, and illness.

Then there are those who struggle with their problems; and they struggle hard. They sweat it out in the gym of life for hours on end. They rage against the gym equipment, but those pull-up bars don’t bend. And the more they refuse to bend, the more these people rage against them. For them, this life is a never-ending workout.

Others have long given up. They let the ship crash into the rocks. They allow their problems to pile up like heaps of dirty laundry on the floor. And for them, life is nothing but a dark dead end. Lots of anger here. But no question of trying to change things. I have a friend who belongs in this category. ‘Let’s go to a motivational workshop together,’ I suggest to him one day.

‘I’d rather die than go to one of those,’ he replies.

Then there are others who have looked a little deeper. It’s not all talk for them. They don’t stop, they build. They always wonder what they could do better. They’re not afraid of making mistakes.  If they set the brick crooked, they’ll take it out and put it back in straight. It’s not the end of the world. Only if the cement hardens is it the end of the world. They also go to the gym but don’t overdo it – half an hour a day is enough. These people love life and life loves them.

Whichever of the above categories you belong to, you have your own combination, just like a safe. One may have three numbers, another four, and another fourteen. Every time you find a number, the dial goes click. And while you’re celebrating finding the number, you’ll be inspired to look for the next one. And the more you seek, the more you’ll find.

There were two seeds sown in the ground. ‘I’m going to grow tall,’ one said. ‘I’m going to poke my head out of the soil, and I’ll make it. You’ll see!’ And it didn’t stop. On the way, it came up against stones and twigs, but it kept on cheerfully and courageously. In the end, it made it.

‘How long do I have to keep pushing upwards?’ complained the other seed. ‘Is there no end to all these stones and twigs in my way? Will these obstacles always be blocking me?’ it grumbled. It rose, but it didn’t put its heart into its climb. In the end, it grew tired. ‘I can’t take it anymore.’ And it gave up – just one millimetre before emerging into the sun.

YOU NEVER KNOW IF YOU’RE JUST ONE LITTLE STONE AWAY FROM BREAKING THE SOIL AND EMERGING INTO THE SUNLIGHT.