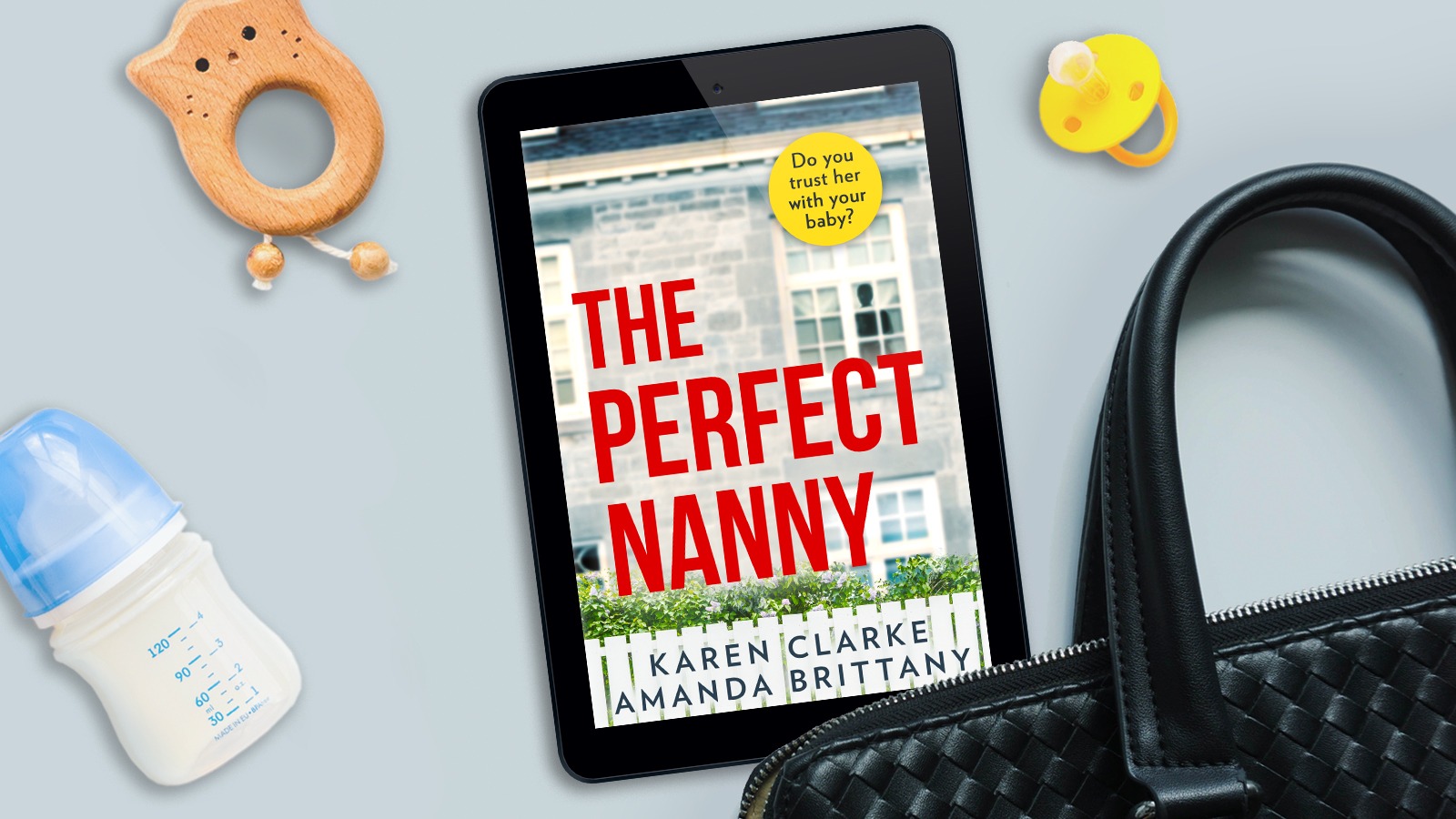 Read an extract from The Perfect Nanny!

Crime writing duo Karen Clarke and Amanda Brittany are back with The Perfect Nanny! To celebrate, we’re sharing an exclusive extract of their new thrilling novel on the blog. Grab a cup of coffee and settle into this breathtaking thriller…

Now the door of number seven stood open, and Dom was shrugging on a black coat as he stepped out.

‘Oh my word, there he is.’ Kim’s already rosy cheeks flushed, and she breathed deeply, as though he was a celebrity. ‘Dom Pemberton.’

He turned, and lifted a small; expensive-looking pushchair down the three white steps, as a woman appeared behind him, snuggled in a knee-length green coat, her red hair tumbling to her shoulders. She was beautiful, but pale, and even from a distance I could see dark rings around her eyes. Sophy Edwards. I would never think of her as Sophy Pemberton.

As she moved across the drive, it was as though the world slowed. My heart thudded against my ribs, as I was transported back to the night when Ben’s best friend Ryan told me about her. To that moment when he showed me the photo of her standing out amongst a group of twenty of so university students, laughing, beautiful.

She’d moved to London after university – that’s all Ryan could find out about her at the time. She was impossible to find – until now.

‘Pemberton,’ Kim corrected. ‘Sophy Pemberton.’ I could feel Kim’s eyes boring into me, but couldn’t tear my gaze from Sophy and her husband, despite feeling foolish for muttering her maiden name aloud. ‘We should go,’ Kim said, snapping me back to the moment. ‘You know what Petra’s like if we’re late.’

We headed away, but I glanced back once more. Dom was pushing the buggy, Sophy’s arm linked through his as though he was holding her up. I was aware Kim was talking. ‘Sorry?’ I said.

‘I was just saying we’ve bought a villa in Spain as a holiday retreat. My sister’s there at the moment trying to save her marriage.’ She was rambling as usual. ‘If she can’t, she’s going move in with me at Indigo Cottage.’

Truth was, although Kim was OK in many ways, she still had everything and more, and I despised her for taking it all for granted.

‘Well here we are,’ she said, keying the code into the gate that led to the annexe, which was set apart from the main house with its own entrance. Dougie grinned my way, and I poked out my tongue.

‘Please don’t do that, Olivia,’ Kim said, as though I was six. ‘It’s not something I want to encourage.’

As I stepped through the gate, I took a long deep breath. I hated my life. I hated everything about it – but I knew, once I’d introduced myself to Sophy, everything would change. Revenge is everything.

The Perfect Nanny is out 31st March. You can download your copy here.