As we hit the half way point of November, we’re also half way through NaNoWriMo. Are you still looking for inspiration to drive your novel? Is there one scene you need help creating? M. J. Hollows, author of The German Nurse, tells us how he found inspiration from a picture in a history book…

The German Nurse is my second historical fiction novel. It’s set on the Channel Islands during the World War II. One thing writers always seem to get asked is, “where do you get your ideas from?”. While my first novel, Goodbye For Now, was set in Liverpool during the First World War, the city in which I have now lived for ten years and adore, I have no connection to the Channel Islands or Guernsey. So how did I come to write a novel set in Guernsey during the occupation? It all came from this picture in a history book I had read a number of years ago: There were aspects of it which stuck with me. When I was asked what I would like to write next it popped straight back into my mind. Whether it was the juxtaposition of the British Policeman holding open the car door for a German officer or the AA badge over the window next to the German signage, it provides a fascinating glimpse into a life the rest of Britain was fortunate not to experience. In England the fear of invasion was constant. The regular bombings during the Blitz brought that home night after night, but in the Channel Islands the islanders were actually abandoned by the British Army and left to the whims of the German occupying forces. Their unique situation called out to me as a story needing to be told.

I was also aware that the Jews on the island had been deported and some had lost their lives, like so many others in the Holocaust. It didn’t seem right to me not to tell that particular part of the story. Tthe fear they must have constantly lived under, and so the characters of Jack and Johanna almost came to life in my imagination. My only hope is that I did their stories justice and that you, the reader, enjoy learning about them.

The German Nurse, the heartbreaking and unforgettable world war 2 historical fiction novel by M J Hollows, is out in e-book on the 18th November. Download here.

Keep your eyes peeled on our blog or twitter to see more writing blog posts. You can find our previous posts here. 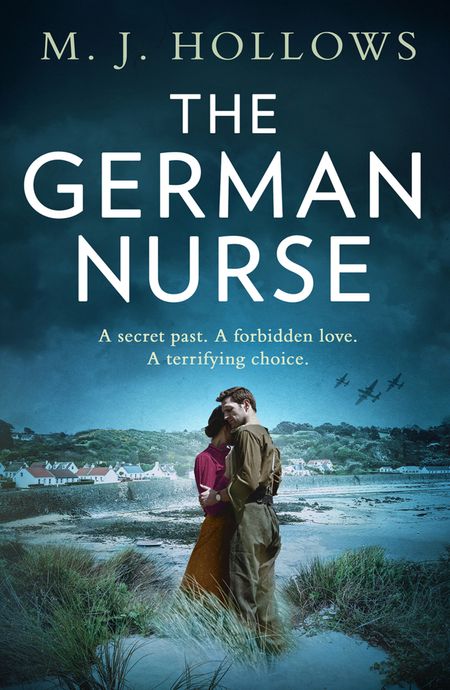