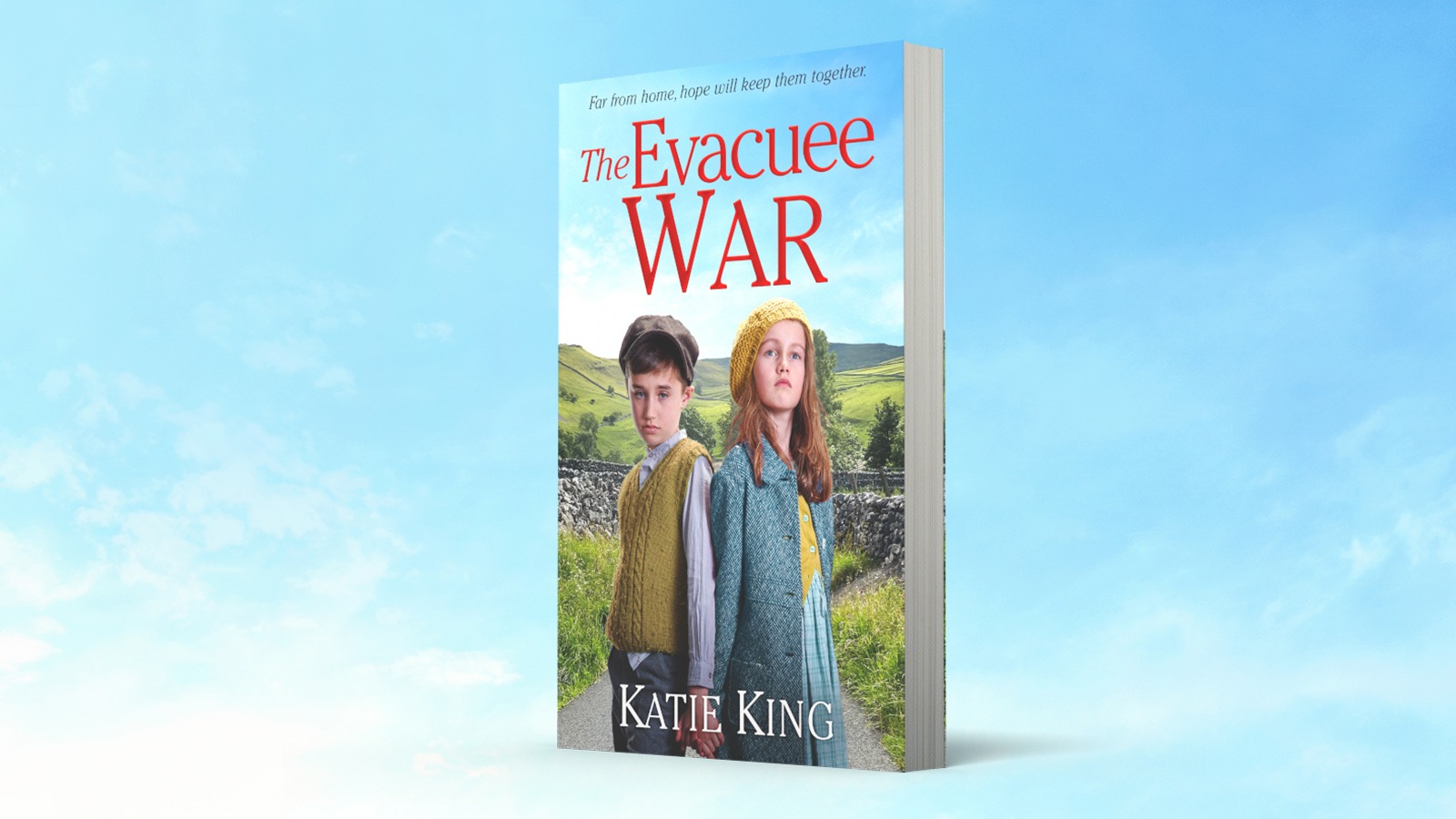 To celebrate the release of her latest World War Two saga, The Evacuee War, author Katie King shared with us her journey and tips for writing the genre.

How to Write or, More Precisely, How Not to Write a Romantic Historical Saga Trilogy

When the idea for the Evacuee series came up, I thought what’s not to like?

Quite a lot actually, as it turned out.

Seduced by the human interest stories inherent in a large number of people having to be evacuated in the first days of World War Two in September 1939, I thought a nostalgic romantic drama about some adults and children who experienced this would be lovely to write. There could be two adult sisters, both married, one who would stay in London, and one who would be evacuated, so that their lives could be compared. This second sister could be travelling with her ten-year-old twin niece and nephew as they moved a long way from home.

I guess I was a bit cocky, as I had already written novels set in World War Two. But it didn’t take long at all for my cockiness to disperse. For no sooner had the ink on the publishing contract dried, when I realised what a challenge this trilogy was going to be.

Firstly, my romantic lead, Peggy was married – and she needed not to be pretty damn quickly so she could seek her true love across the three novels. Luckily, her husband Bill could be sent to a camp on the East Coast to train people to drive various sorts of large vehicles, and it wasn’t long before Maureen from the NAAFI, caught Bill’s eye, with predictable consequences. So that was one problem partly solved, although I was never able to completely disentangle Peggy from Bill, as divorce in the 1940s was practically impossible for ordinary women to instigate and then obtain.

Secondly, I hadn’t appreciated the technical difficulties inherent in keeping two locations in the reader’s mind in an unobvious way. A large part of what this series was to be about was class, and how working-class people from the two-up-two-downs in Bermondsey, just a stone’s throw from the docks, would adapt (or not) to the much more salubrious and middle-class Harrogate in Yorkshire, and the large, comfy rectory my characters would end up living in. I needed to keep Barbara, Peggy’s sister more or less wholly in London, so I could describe the war’s perspective from the capital city, in part because this is the war story familiar to readers, but of course also because Peggy’s new life was many miles from there, in a very different type of place. Each location needed to be as convincing as possible, and my plan was subtly to draw parallels between them, whilst also exploring their differences, although hopefully without the reader recognising too easily this subtext and the flip-flopping between locations.

Thirdly, I found it remarkably difficult thinking of storylines for children of the period that would give them some proper agency at just ten years old, especially in a time when there was no television, no spare money, you had to apply for a license to buy a map, etc. And what was even harder was knitting these kiddy storylines into what was happening to the adults at the right tempo and in a naturalistic-seeming manner that had everyone behaving in an appropriate a way as possible, bearing in mind the time period.

And fourthly – this turned out to be the real big issue, at least early in the series – was my basic schoolgirl error that although I had heard of the Phoney War, I hadn’t really appreciated what this meant in practice. The blasted Phoney War went on for a whole year and was the first year of hostilities. During this time, apart from some aerial activity, there was no enemy action on British soil – no bombs falling, no air raids, no nothing. In fact, life carried on very much as normal for many people for months on end – so much so that many evacuees returned home – and so, my fondly imagined adventures of the key characters taking place against a very dramatic war-time backdrop of the sort we’ve all seen in films and television dramas had to be set aside for something much more domestic and ordinary.

I lay in bed on many nights feeling I was dealing with a puzzle of Tetris proportions. And in the end I just gave up and thought about my characters.

Unexpectedly, it was my characters who saved me. For they turned out to be very obliging as the more real they became to me (and to this day I still think of Peggy as somebody I’d be very happy to share a car with on a long journey as I don’t think she’d be boring for an instant) and the more they told me about themselves. And then, as if by magic, the more I knew them, the more they offered up storylines and tips and tricks on keeping everything in balance. I can’t thank them enough!

With the trilogy now complete, I’ll leave it to my readers to make up their own minds as to whether I managed to bring this fascinating period in our history alive and create characters who they really want to follow and know what happens to them.

The Evacuee War is out now. You can buy it from your local independent bookshop, bookshop.org, Hive, Waterstones and Amazon.