Love for the Island

It seems a long time ago Britain’s water cooler chat concerned whether Big Brother would be ruined when the contestants became too aware of themselves, of the cameras, of how they came across. And that’s because it was: Nineteen years ago to be exact, meaning that while all this year’s contestants were just about born in the age of Reality Television 1.0, they were far from able to put intelligible sentences together. Some may say that not much has changed in that regard, but I wouldn’t be so crass as to suggest that.

I’d also be wrong if I did. Though we’re all seasoned consumers of content at this point, each of us armchair reviewers who deal in phrases like ‘I thought it was all rather predictable’, only the most gauche of critics could claim to have predicted a scene early on in this year’s inaugural episode where one contestant tells the other she is a scientist by trade, to which the other replied that he was also a scientist. It’s the kind of moment that defines Love Island as a show that despite overtures about it being one-dimensional, constantly upends expectation by having at least two more dimensions than that. In fact, I’m even underselling it now. Why don’t I say what I really feel? These characters are worthy of Chekhov, Dickens, Sally Rooney.

Just when you think you have these guys pegged they release another missive from their mercurial souls. Who would have thought that one contestant, a human man whose sole task is to woo a female of the species, who has presumably met human women before, would choose to reveal as his opening gambit: that his mother shaves his arse. And what’s more, that if he was able to lure a lucky lady with this image of this presumably daily ritual, she would be handed the poisoned chalice of the razor and be thrust into arse-based servitude for the rest of her time on this fragile planet. Suddenly the drama was Greek, grand mythical images and terrible proclamations of fate were everywhere.

But let us return to our two scientists, these improbably beautiful beings, one of which works daily in the effort to cure cancer, the other who gave up his scientific ambitions to be a fireman, because their depths embody the mistake most make before approaching the show for the first time. Speaking of the Greeks, Aristotle was another polymath, who was a physicist, mathematician, astronomer and natural philosopher who laid the foundations of Western science, but there are absolutely no reports of him putting out any fires like Michael has, or being entertaining on an amphitheatre-based reality show. Neither did Aristotle play semi-professional rugby like Sherif, run a sandwich company like Joe, or find the time to be a ballroom dancer and ‘live a sheltered life’ as Curtis says he has. Even more damning for Aristotle is that these young ingénues are still in their twenties, while Stotle seems to have lived his whole life without owning his own gym like Anton, becoming a professional surfer like Lucie, or a boxer like the distractingly even tempered Tommy Fury.

How things have changed. The contestants on Big Brother 1.0 were generally on the show because they were trying to scrape enough cash together so they could get a better haircut. These lot are, whisper it, a bit bloody intimidating actually.

So when we look back on those heady days, when we were concerned things would get ‘too self-conscious’, it seems odd we were talking about them when we could have been worried about ourselves. Love Islanders used to merely be physical monoliths it would be impossible to live up to, now they seem to be multi-tasking go-getters who own their own businesses too.

The question also seems redundant because we have found new ways to envelop ourselves in a world of self-consciousness, to such an extent that any self-regard shown by those on our screens is now surely indivisible from our own.

In his excoriating comedy, Eighth Grade, about a young generation born into a social-media world that we built for them, director Bo Burnham said ‘These kids aren’t self-obsessed, they’re self-conscious.’ And he’s right. Now it would seem strange and unnatural for contestants on a reality show not to be so self-conscious. We might ask a different question at the water cooler. Something like, I wonder if the show will get ruined when the contestants, divorced from their phones for filming purposes, forget to be as self-conscious as we are.

Think back to Anton and his shaved arse. No, go on, think of it. Even before he uttered those unforgettable words, he’d appeared through a door with opening lines that were to the effect of ‘I bet you didn’t expect this voice to be coming out of me’; such a meta-awareness of how he comes across as a character, and of how he watches others watching him, that one wonders how heavy that self-awareness weighs on his back. Or perhaps it’s simpler than that. Perhaps, as with every good comedian, the first joke is always about yourself. Because there’s a generosity in that, a sense of self-deprecation that belies everything we’ve been told about this program, and about a generation reared on vanity and Instagram.

It’s these kinds of thoughts that led me to write a book about a Love-based Island, where the show is interrupted by a terrible act and the characters are forced to reveal their true selves in even more alarming ways than they do on Love Island. I wanted to use the psychological thriller, along with plenty of twists of perspective and reality, to show the current moment through a televisual lens. I’ve cited And Then There Were None and Shutter Island when talking about my inspirations, but the biggest one is not any one show, but rather it’s how real people have developed over time, under the hot eye of the camera, and how we’ve all changed watching them.

If the first sin of an author is to not like your characters or judge them too harshly, then I’m lucky I’ve never thought about people who enter the reality television amphitheatre as anything other than brave, somewhat admirable, and certainly in this case, very impressive.

You may judge from my tone that I have one foot in the world of taking this show far too seriously, and one foot in my mouth to stop myself laughing. But trust me when I say there’s very little on television at the moment that I find more revealing, more extreme and ridiculous, more hilarious, and more human.

And so will we! Thanks Ross. Part 1 of the brilliant Beach Bodies eBook 3-part series is available now. It’s free for a limited time – don’t miss it! 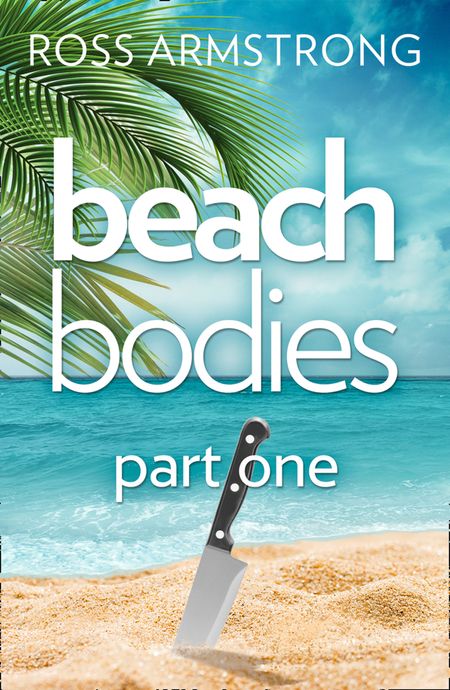