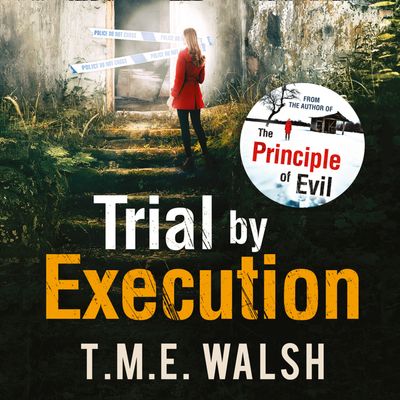 An unforgivable crime. A murderous act of revenge. A killer with justice on their side.

Once, the infamous Dahlia Rapist terrorised young women – and their parents alike – with his brutal acts of violence and sinister calling card.

Today, Raymond Knox has shunned his former alias and is being released into society.

But someone suspects that a monster still lurks beneath the surface. And when Raymond Knox is found dead, mutilated to match his victims, DCI Claire Winters is called in to catch a killer the public are calling a hero.

It seems like an open-and-shut case of vigilante justice. But when another body is found, with the same shocking scars, Claire knows she must connect the dots – fast. Because she’s suddenly facing something much more complicated than she ever imagined: a serial killer, inspired by past crimes – and determined to leave their own bloody trail of devastation…

An unforgivable crime. A murderous act of revenge. A killer with justice on their side.