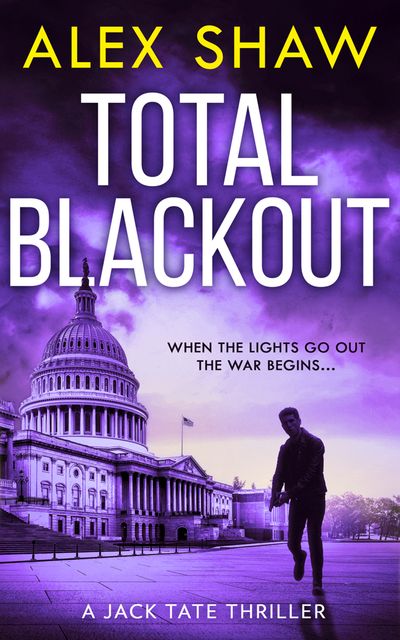 ‘Looking for breakneck pace and a relentless hero? Alex Shaw has you covered’ James Swallow

Don’t miss the explosive start to the Jack Tate series.

A catastrophic attack. A country in chaos. A race to prevent war.

British MI6 agent, and former SAS trooper, Jack Tate is trying to escape his past when he witnesses a terrorist attack of unthinkable scale. An electro-magnetic pulse knocks out the US power grid, killing anything with a computer processor, throwing the whole country into chaos.

Under the cover of the blackout, a clandestine operation aims to assassinate prominent public figures on US soil. Looting and violence spreads across the country. And Jack Tate’s past comes back to haunt him. As the only intelligence operative on the ground, he is hurled into a mission that will put him – and the people he loves – in immediate danger.

With the fate of the United States on the line, only he can prevent the horror of a new world war.

Perfect for fans of James Deegan, Tom Clancy and Mark Greaney, this is an explosive action thriller you won’t be able to put down.

‘Compelling and authentic. An explosive new series with an uncompromising hero’ Tom Wood

‘Jack Tate is a powerful character, a true Brit hero. A cracking start to a new series!’ Alan McDermott

‘Alex Shaw is a master of the action thriller. Grabbed me from the first page and never let go’ Michael Ridpath

‘Looking for breakneck pace and a relentless hero? Alex Shaw has you covered’ James Swallow