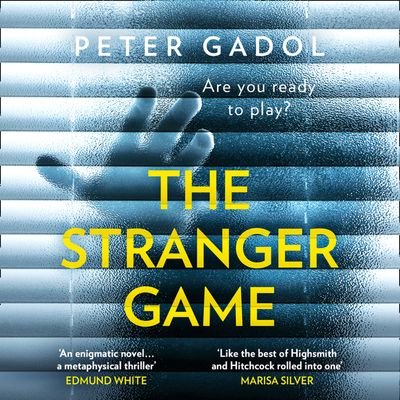 ’A unique premise, chillingly written and evocative’ Woman’s Own

Are you ready to play?

Rebecca’s on-again, off-again boyfriend, Ezra, has gone missing, but when she notifies the police, they seem surprisingly unconcerned. They suspect he has been playing the ‘stranger game,’ a viral hit in which players start following others in real life, as they might otherwise do on social media.

But as the game spreads, the rules begin to change, and disappearances are reported across the country.

Curious about this popular new obsession, and hoping that she might track down Ezra, Rebecca tries the game for herself. She also meets Carey, who is willing to take the game further than she imagined possible.

In playing the stranger game, what leads Rebecca closer to finding Ezra will take her further and further from the life she once lived . . .

A compulsive, inventive thriller for fans of The Girl Before, Little Deaths and The Book of Mirrors

’A unique premise, chillingly written and evocative’ Woman’s Own