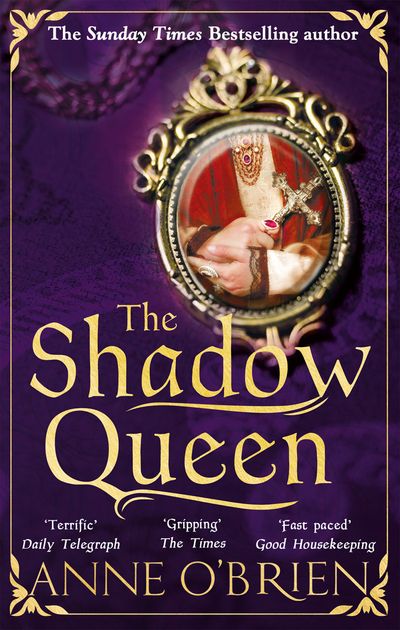 ‘A dangerous word, perhaps, for a woman. Power.’

From her first clandestine marriage, Joan of Kent’s reputation is one of beauty, rumour and scandal.

Her royal blood makes her a desirable bride. Her ambition and passion make her a threat.

Joan knows what she must do to protect her reputation…the games to play, the men to marry. She will do anything to get what she wants: The Crown of England.

A tale of ambition, treachery and desire, The Shadow Queen tells of a woman’s ascent through the court to command royal power alongside her young son, King Richard II.

Author: Anne O'Brien
Format: Hardback
Release Date: 04/05/2017
Pages: 560
ISBN: 978-1-84845-507-8
Anne O’Brien was born in the West Riding of Yorkshire. After gaining a BA Honours degree in History at Manchester University and a Master’s in Education at Hull, she lived in the East Riding for many years as a teacher of history.She now lives with her husband in an eighteenth-century timber-framed cottage in depths of the Welsh Marches in Herefordshire on the borders between England and Wales.

‘A dangerous word, perhaps, for a woman. Power.’