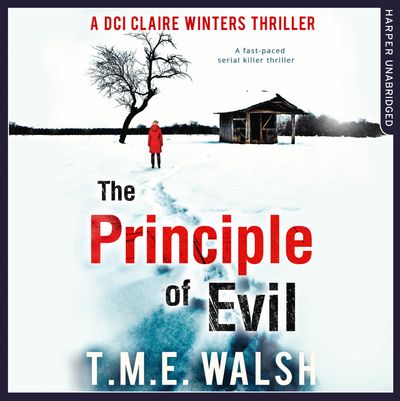 A body has been found in a frozen lake, bringing a gruesome act of evil into the light.

One look at the victim is enough for DCI Claire Winters to recognise the work of a warped mind. And when another woman is reported missing, Claire’s worst fears are confirmed: this is a killer who plans to strike again.

As the body count rises, the pressure is on for Claire to find the perpetrator and bring them to justice. But first, she must learn to understand the twisted mind behind the crimes. And that will take her to a darker place than she ever thought possible.

Author: T.M.E. Walsh, Read by Julie Maisey
Format: Audio-Book
Release Date: 09/02/2017
ISBN: 978-0-263-93078-8
Detailed Edition: Unabridged edition
Tania (T. M. E.) Walsh began writing full time after becoming a casualty to the recession in late 2008. She successfully self-published the first two novels in the DCI Claire Winters series in 2013 before being picked up by Carina UK. Tania is currently working on a new standalone novel and a third book in the DCI Claire Winters series. She lives in Hertfordshire with her husband and young daughter.

A body has been found in a frozen lake, bringing a gruesome act of evil into the light.