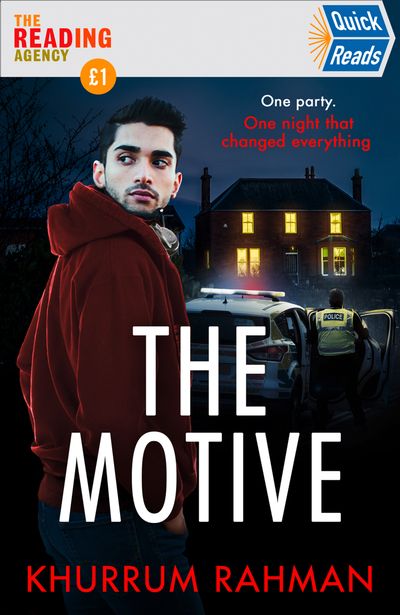 Business has been slow for Hounslow’s small time dope-dealer, Jay Qasim. A student house party means quick easy cash but it also means breaking his own rules. But desperate times lead him there – and Jay finds himself in the middle of a crime scene.

Idris Zaidi, a Police Constable and Jay’s best friend, is having a quiet night when he gets a call out following a noise complaint at a house party. Fed up with the lack of excitement in his job, he visits the scene and quickly realises that people are in danger after a stabbing.

Someone will stop at nothing to get revenge . . .

Author: Khurrum Rahman
Format: Paperback
Release Date: 27/05/2021
Pages: 144
ISBN: 978-0-00-840444-4
Born in Karachi, Pakistan in 1975, Khurrum moved to England when he was one. He is a west London boy and now lives in Berkshire with his wife and two sons.Khurrum is currently working as a Senior IT Officer but his real love is writing. His first two books in the Jay Qasim series, East of Hounslow and Homegrown Hero have been shortlisted for the Theakstons Old Peculiar Crime Novel of the Year and CWA John Creasey Debut Dagger.