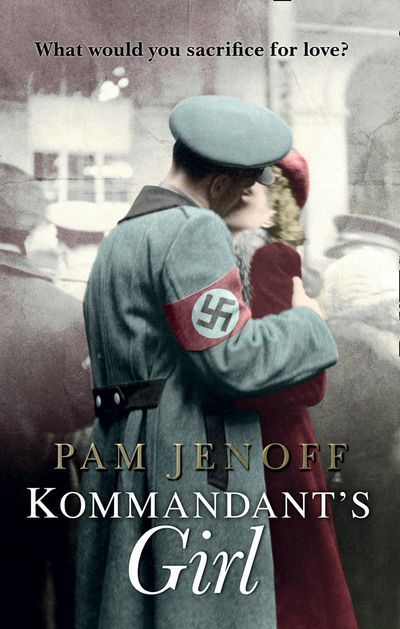 Based in part on actual events, Kommandant’s Girl is a compelling tale of love and courage in a dangerous and desperate times.

Unique in voice and evocative in historical detail, this stunning debut faithfully explores the gray area between right and wrong and the timeless themes of home, stuggle and defiance in the face of overwhelming odds.

Nineteen-year-old Emma Bau has been married only three weeks when Nazi tanks thunder into her native Poland. Within days Emma’s husband, Jacob, is forced to disappear underground, leaving her imprisoned within the city’s decrepit, moldering Jewish ghetto. But then, in the dead of night, the resistance smuggles her out. Taken to Krakow to live with Jacob’s Catholic cousin, Krysia, Emma takes on a new identity as Anna Lipowski, a gentile.

Emma’s already precarious situation is complicated by her introduction to Kommandant Richwalder, a high-ranking Nazi official who hires her to work as his assistant. Urged by the resistance to use her position to access details of the Nazi occupation, Emma must compromise her safety–and her marriage vows–in order to help Jacob’s cause. As the atrocities of war intensify, so does Emma’s relationship with the Kommandant, building to a climax that will risk not only her double life, but also the lives of those she loves.

‘[A] heartbreakingly romantic story of forbidden love during WW2’ – Heat

Based in part on actual events, Kommandant's Girl is a compelling tale of love and courage in a dangerous and desperate times.