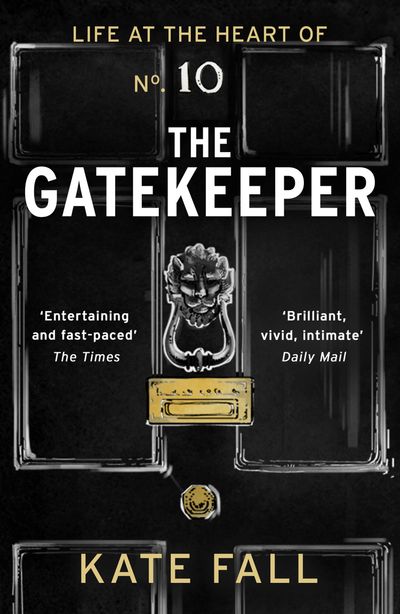 ‘A brilliant vivid and intimate new memoir’ The Daily Mail

’For over a decade Kate Fall was the most influential woman in British politics.’ Alice Thomson, The Times

For eleven years Kate Fall was one of David Cameron’s closest advisors. During some of the most significant political events of our times – the Arab Spring, the financial crash and a European referendum that has changed the face of British politics forever – she sat right outside the door of the Prime Minister’s office, earning herself the title of ‘gatekeeper’.

Fall takes us through the Cameron project, from its inception to coalition, reshuffles, political scandals, two general elections and three referendums. She speaks frankly and honestly about the Conservatives’ key players, their project to modernise the party, how the coalition worked (and how it didn’t). Shedding light on the world behind the public façade of politics, she reveals what it is like to be a woman at the heart of power: the blood, sweat and toil, the victories and regrets, the friendships and fall outs, the chaos and camaraderie.

Politics tests any relationship with its conflicting priorities of loyalty, belief, and personal ambition. The Gatekeeper is a very personal portrait of life behind the scenes at the centre of power.

Author: Kate Fall
Format: Paperback
Release Date: 18/03/2021
Pages: 336
ISBN: 978-0-00-833612-7
Kate Fall was Deputy Chief of Staff to David Cameron for six years while he was the British Prime Minister and for five years when he was Leader of the Opposition.She is a senior advisor at Brunswick Group and founding director of their geopolitical offer. She is a member of the House of Lords where she sits on the International Relations and Defence Select committee. She is a Trustee of the bipartisan initiative, Atlantic Partnership, to foster the transatlantic relationship, on the advisory board of ‘Onward’ a new centre-right think tank, and a founding Ambassador of AGL communications. She lives in London with her two children.

‘A brilliant vivid and intimate new memoir’ The Daily Mail

’For over a decade Kate Fall was the most influential woman in British politics.’ Alice Thomson, The Times