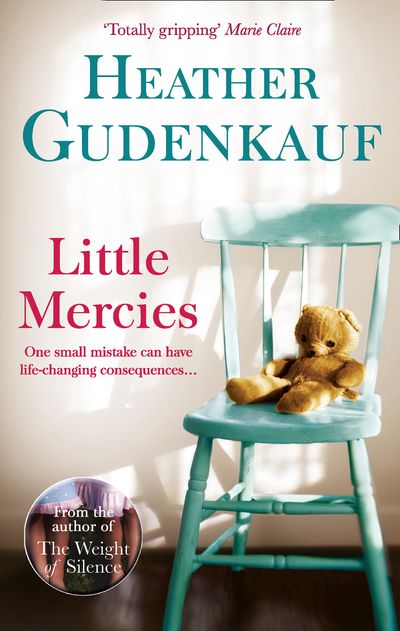 Sometimes, one small mistake can have life-altering consequences…

As a veteran social worker, Ellen Moore has seen it all – the vilest acts one person can commit against another. The only thing that gets her through the workday is knowing her job helps children. That, and her family: her husband, Adam, and three beautiful kids, twins Leah and Lucas, and eleven-month-old Avery. But with a blink of an eye – with one small mistake – Ellen is suddenly at the mercy of the system she works for. Avery is ripped from her clutches, and her whole world begins crashing down around her.

Meanwhile, ten-year-old Jenny Briard has been living with her well-meaning but good-for-nothing father since her mother left them. When her father decides to pack their belongings and move to a new state, Jenny thinks she might be on the road to a better life. But soon she finds herself on her own, forced to survive with nothing but a few dollars and her street smarts. Evading police and the social system, Jenny finds refuge with a kind-hearted waitress. The last thing she needs is a social worker, but when Ellen and Jenny’s lives collide unexpectedly, little do they know just how much they can help one another.

‘This will have you gripped until the last page’ – Closer

‘Set to become a bookclub staple’ – The Guardian

‘Fans of Jodi Picoult will devour this‘ – Red

‘Gudenkauf’s prose is searingly raw… Thrilling and emotionally tender, this novel, with its driving pace, will appeal to fans of…Jodi Picoult.’ – Booklist

‘This gripping novel is moving and thought-provoking’ –Heat

Sometimes, one small mistake can have life-altering consequences…