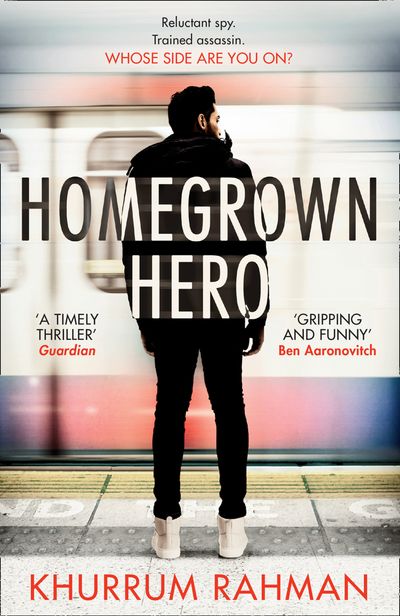 ‘As gripping and funny as his first thriller’ Ben Aaronovitch

Reluctant spy. Trained assassin.
WHOSE SIDE ARE YOU ON?

JAY QASIM is back home in West London and in pursuit of normality. He’s swapped dope-dealing for admin, and spends his free time at the local Muslim Community Centre or cruising around Hounslow in his beloved BMW. No-one would guess that he was the MI5 spy who foiled the most devastating terrorist attack in recent history.

IMRAN SIDDIQUI was trained to kill in Afghanistan by the terrorist cell who saved his life after his home was destroyed by war. The time has finally come for him to repay them – throwing him headlong into the path of Jay Qasim.

Now, they must each decide whose side they’re really on.

Make sure you’ve read all the books in the Jay Qasim series:
1. East of Hounslow
2. Homegrown Hero
3. Ride or Die

‘One of the best books I’ve read’ Jeff

‘Had me on the edge of my seat’ Hannah

‘I just couldn’t put it down’ E.M. Flynn

Author: Khurrum Rahman
Format: eBook
Release Date: 29/11/2018
ISBN: 978-0-00-822961-0
Born in Karachi, Pakistan in 1975 Khurrum moved to England when he was one. He is a west London boy and now lives in Berkshire with his wife and two sons.Khurrum is currently working as a Senior IT Officer but his real love is writing. He has a screenplay which has been optioned by a Danish TV producer but is now concentrating on novels.

‘As gripping and funny as his first thriller’ Ben Aaronovitch

Reluctant spy. Trained assassin.WHOSE SIDE ARE YOU ON?