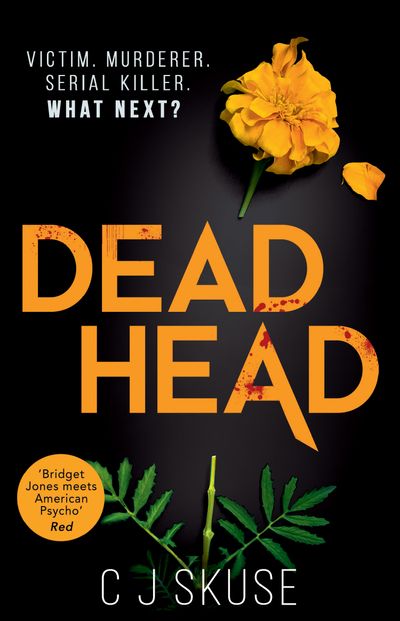 Victim. Murderer. Serial Killer. What next?

Can a serial killer ever lose their taste for murder?

Since confessing to her bloody murder spree Rhiannon Lewis, the now-notorious Sweetpea killer, has been feeling out-of-sorts.

Having fled the UK on a cruise ship to start her new life, Rhiannon should be feeling happy. But it’s hard to turn over a new leaf when she’s stuck in an oversized floating tin can with the Gammonati and screaming kids. Especially when they remind her of Ivy – the baby she gave up for a life carrying on killing.

Rhiannon is all at sea. She’s lost her taste for blood but is it really gone for good? Maybe Rhiannon is realising that there’s more to life than death…

Author: C.J. Skuse
Format: Paperback
Release Date: 18/02/2021
Pages: 480
ISBN: 978-0-00-831258-9
C.J. SKUSE was born in Weston-super-Mare. She has two First Class degrees in Creative Writing and Writing for Young People, and aside from being a novelist works as a Senior Lecturer at Bath Spa University. She previously wrote YA novels before turning her hand to crime, and is the author of THE ALIBI GIRL, SWEETPEA and IN BLOOM.

Victim. Murderer. Serial Killer. What next?