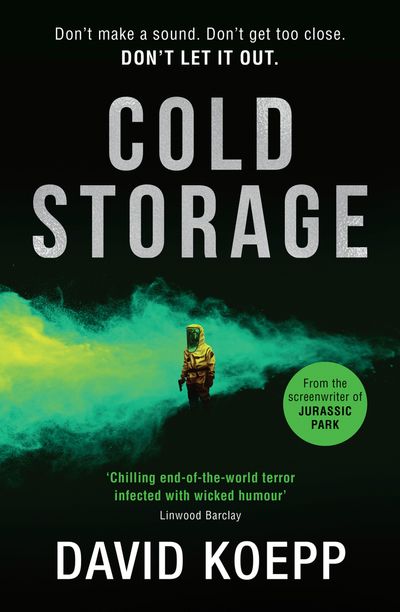 He races across the country to help two unwitting security guards – one an ex-con, the other a single mother. Over one harrowing night, the unlikely trio must figure out how to quarantine this horror again . . . before it’s too late.

‘When the real apocalypse arrives, may it be even half as funny as this’ Linwood Barclay

‘A novel that reads like one of [Koepp’s] movies: occasionally frightening, often humorous and always fast-paced’ Mail on Sunday

‘The book’s strengths include the Stephen King-like way humour is interwoven with horror and Koepp’s enthralling conjuring of the fungus, which becomes as vivid as its human co-leads’ Sunday Times Culture