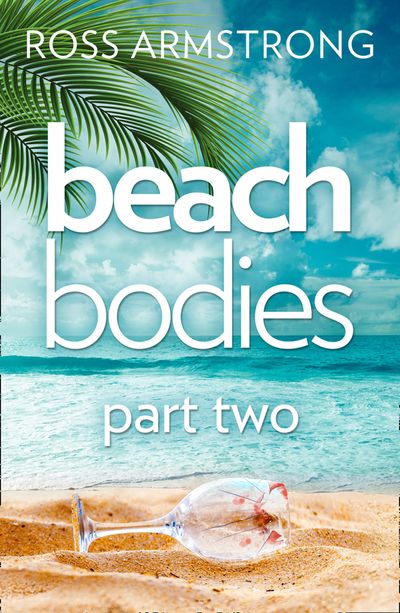 Will they get off the island alive?

Following the discovery of a headless corpse, the contestants on ‘Sex on the Beach’ – the most popular reality show on TV right now – are feeling pretty on-edge. What was supposed to be a summer of sun, sea and sex has instead become a living nightmare, and with the murderer apparently still at large, the question on everyone’s lips is – who among them is going to die next?

All eyes are on Simon, the group’s handler and resident psychiatrist, who reassures the contestants that the villa remains the safest place to be. But is he to be trusted?

With a storm gathering over the island, there’s no easy way for the group to escape and go back home – at least, not before more bodies start to pile up . . .

Shutter Island meets Love Island in this second instalment of Beach Bodies . . . watch out for the final instalment later this summer!

‘Absolutely loved The Girls Beneath. Couldn’t put it down. Tragic, funny and frightening. Ross Armstrong has written another cracker’ Chris Whitaker

‘Ross Armstrong has created a brilliant hero in Tom, and this novel is an enjoyable addition to the psychological thriller genre. Five Stars’ Heat

‘Like Christopher Nolan’s Memento, Ross Armstrong delivers a twisty mystery through the perspective of a fractured brain. Original and gripping. Tom Mondrian, and his unique outlook, will stay with me’ Peter Swanson

‘Addictive and eerie, you’ll finish the book wanting to chat about it’ Closer

‘A twisted homage to Hitchcock set in a recognisably post-Brexit broken Britain. Tense, fast-moving and with an increasingly unreliable narrator, The Watcher has all the hallmarks of a winner’ Martyn Waites

‘Ross Armstrong will feed your appetite for suspense’ Evening Standard