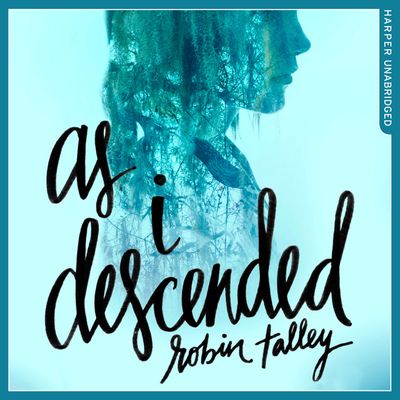 Amnesty Honour winner Robin Talley is back with a Shakespeare-inspired story of revenge and redemption, where fair is foul, and foul is fair.

From the acclaimed author of Lies We Tell Ourselves, Robin Talley, comes a Shakespeare-inspired story of revenge and redemption, where fair is foul, and foul is fair.

Maria Lyon and Lily Boiten are their school’s ultimate power couple—but one thing stands between them and their perfect future: campus superstar Delilah Dufrey. Golden child Delilah is a legend at exclusive Acheron Academy, and the presumptive winner of the distinguished Cawdor Kingsley Prize. But Delilah doesn’t know that Lily and Maria are willing to do anything—absolutely anything—to unseat Delilah for the scholarship. After all, it would lock in Maria’s attendance at Stanford—and assure her and Lily four more years in a shared dorm room.

Together, Maria and Lily harness the dark power long rumored to be present on the former plantation that houses their school. But when feuds turn to fatalities, and madness begins to blur the distinction between what’s real and what’s imagined, the girls must attempt to put a stop to the chilling series of events they’ve accidentally set in motion.

Author: Robin Talley, Read by Amielynn Abellera
Format: Audio-Book
Ageband: from 14
Release Date: 06/09/2016
ISBN: 978-0-00-821300-8
Detailed Edition: Unabridged edition
Robin Talley is the New York Times bestselling author of the highly acclaimed novels Pulp, Our Own Private Universe, As I Descended, What We Left Behind and Lies We Tell Ourselves. Her books have won accolades including the Amnesty CILIP Honour and have also been shortlisted for the CILIP Carnegie Medal.She worked in digital communications for LGBTQ rights, women’s rights, educational equity, and other progressive causes for fifteen years before she turned to writing full-time. Robin lives in Washington, DC with her wife and their daughter. You can find her online at www.robintalley.com or on Twitter @robin_talley.

Amnesty Honour winner Robin Talley is back with a Shakespeare-inspired story of revenge and redemption, where fair is foul, and foul is fair.