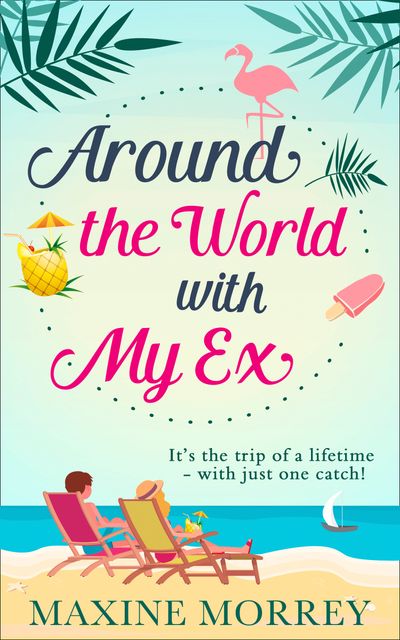 Around the World with My Ex

It’s the trip of a lifetime – with just one catch!

Aspiring travel writer Mia Walker dreams of covering dream destinations for a living. So when she’s offered the chance to write a romantic travel piece, taking in turquoise oceans, tropical beaches, and a fairy-tale Scottish wedding, she knows it’s the opportunity she’s been waiting for.

It’s the trip of a lifetime… but it comes with a catch. The photographer who’ll be travelling with her is Hunter Scott, who Mia last saw five years ago – when she ended their engagement!

Mia knows she’d be mad to say no – even if it does mean traveling the world with the one man she never wanted to see again! But, whether it’s the stunning locations or the wedding on the horizon, Mia soon finds herself wishing she hadn’t cancelled her own engagement after all…

Previously published as The Christmas Holiday

Author: Maxine Morrey
Format: eBook
Release Date: 22/09/2017
ISBN: 978-0-00-824887-1
Maxine has wanted to be a writer for as long as she can remember and wrote her first (very short) book for school when she was ten.As time went by, she continued to write, but 'normal' work often got in the way. She has written articles on a variety of subjects, as well as a local history book on Brighton. However, novels are her first love.In August 2015, she won Harper Collins/Carina UK's 'Write Christmas' competition with her first romantic comedy, 'Winter's Fairytale'.Maxine lives on the south coast of England, and when not wrangling with words loves to read, sew and listen to podcasts. Being a fan of tea and cake, she can (should!) also be found doing something vaguely physical at the gym.Twitter@Scribbler_MaxiInstagram@scribbler_maxiFacebookwww.Facebook.com/MaxineMorreyAuthorPinterestScribblerMaxiWebsitewww.scribblermaxi.co.ukEmailscribblermaxi@outlook.com

Around the World with My Ex

It’s the trip of a lifetime – with just one catch!