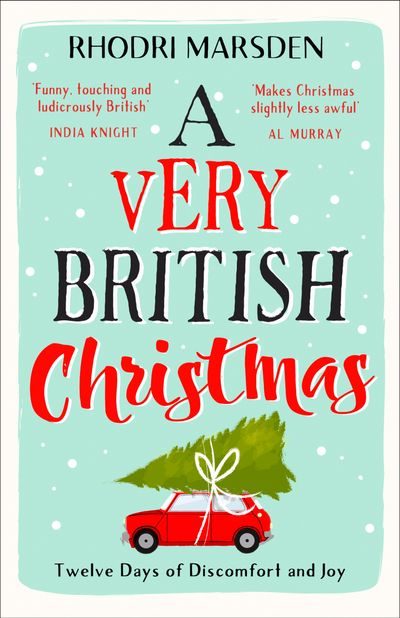 A Very British Christmas is a twelve-stage sleigh ride through the best, worst, strangest and funniest aspects of the Christmas holiday, with cultural icons saluted, national habits dissected and personal reminiscences from those who’ve eaten all the mince pies and lived to tell the tale.

The essential Christmas stocking filler for every Brit who’s ever found themselves on a deflating air bed in their parents’ spare room wedged up against the washing machine come Christmas Eve and wondering why this Christmas, just like every year, doesn’t look like the ones on the telly.

Author: Rhodri Marsden
Format: eBook
Release Date: 02/11/2017
ISBN: 978-0-00-825673-9
Rhodri Marsden is a writer and musician based in London. A columnist for The Independent for more than a decade, he writes features, books and opinion pieces about subjects as varied as bad dates, rude place names, USB cables, crumpets, perfume and anxiety. He plays in hardy perennial post-punk band Scritti Politti and Britain’s best-loved TV theme covers band Dream Themes, and he won the under-10 piano category at the 1980 Watford Music Festival with a scintillating performance of a piece called "Silver Trumpets".