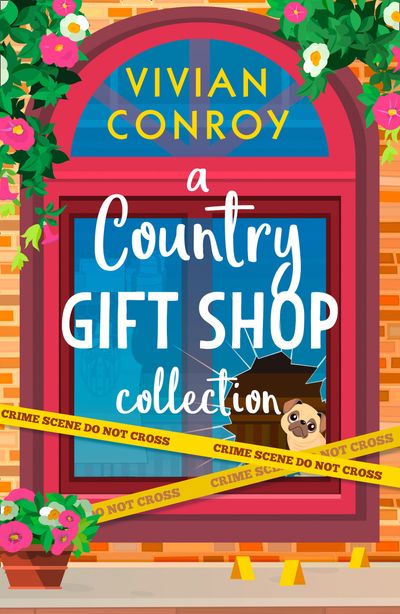 Glen Cove is a rather murderous place.

Dead to Begin With

Vicky Simmons is looking for the simple life. She’s ready to trade in London for a slower pace by opening a British Country Gift Shop in her old hometown on the coast of Maine. Little does she know a few old faces are back in Glen Cove, including unrequited teenage crush Michael Danning—having taken over the local Gazette and looking better than ever.

All is looking rosy until Vicky finds herself face-to-face with a dead body and Michael is the prime suspect. When the sheriff links the motive for murder to the unsolved disappearance of a teenage girl twenty years ago, Vicky must turn amateur sleuth. She’ll stop at nothing to save Michael…and unmask the real killer!

Inviting the bestselling cosy crime author Bella Brookes to town is going to be the best business move Vicky Simmons has made yet. Not only is Bella going to sign her books to kick off Glen Cove’s annual One-Mile Book Market, but she’s also running her famous scavenger hunt right in town. That’s sure to win over the townsfolk!

All is going to plan until a dead body is discovered, drawing Vicky straight to the scene of the crime. After the last murder Vicky had vowed to stay out of Sheriff Cash’s way, but when death comes to town she finds herself embroiled in the investigation.

Written into the Grave

Vicky Simmons’s life was supposed to be relaxing after she moved back home to the coast of Maine, but instead of baking bread and gardening she’s been chasing down killers and it’s time to stop. Vicky is ready to slow down again and vows to start focusing more on her roses than solving crime.

That is until she reads the new serial in the paper over breakfast, describing a brutal murder that takes place on a cliff top road just above a beach. Only to find herself moments later, walking Coco and Mr. Pug, face to face with a dead body on the sand. The murder victim described exactly as he was in the story…

‘I will be diving head first in to Vivian’s other stories! Love, love, love!’

‘Vivian has a great writing style that is easy to read and understand – and I can definitely see the similarities between her books and the Agatha Christie books I have read!’

‘I will definitely be checking out Vivian’s other mystery novels and I can’t wait!’

‘This author writes a cracking book’

Glen Cove is a rather murderous place.