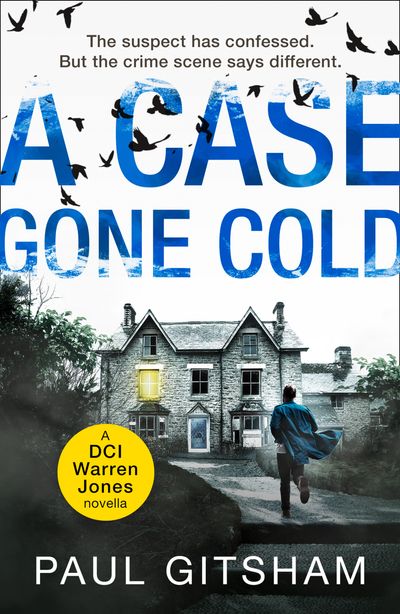 When an open-and-shut burglary case lands on DCI Warren Jones’ desk, he suspects it’s come to the wrong detective – until he learns a tantalizing detail. Despite the suspect having admitted to the crime after being found with the stolen goods, DNA found at the scene does not match the man currently on bail – but is a match to an unsolved, violent rape case dating back to 1992.

With their man in custody refusing to talk, Warren must embark on a manhunt for the mystery accomplice. And so begins a game of cat and mouse that will test Warren’s rawest instincts and resolve – and throw up a shocking twist.

Author: Paul Gitsham
Format: eBook
Release Date: 15/05/2018
ISBN: 978-0-00-830116-3
Paul Gitsham started his career as a biologist, working in such exotic locales as Manchester and Toronto. After stints as the world’s most over-qualified receptionist and a spell making sure that international terrorists and other ne’er do wells hadn’t opened a Junior Savings Account at a major UK bank (a job even less exciting than being a receptionist) he retrained as a Science Teacher. He now spends his time passing on his bad habits and sloppy lab-skills to the next generation of enquiring minds.Paul has always wanted to be a writer and his final report on leaving primary school predicted he’d be the next Roald Dahl! For the sake of balance it should be pointed out that it also said “he’ll never get anywhere in life if his handwriting doesn’t improve”. Twenty five years later and his handwriting is worse than ever but millions of children around the world love him.*You can learn more about Paul's Writing at www.paulgitsham.com or www.facebook.com/dcijones*This is a lie, just ask any of the pupils he has taught.