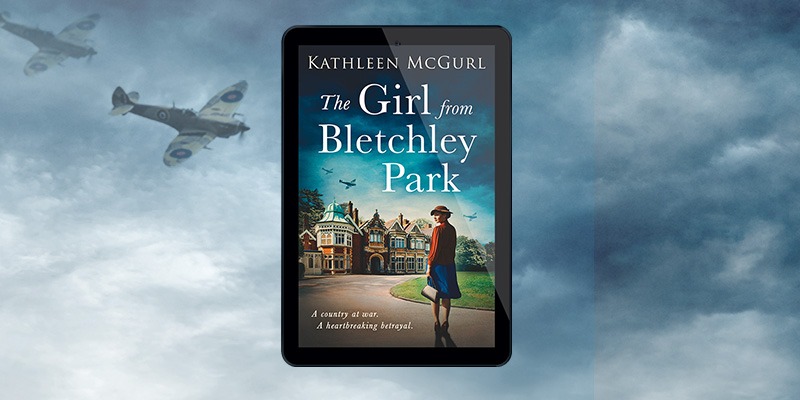 Why Kathleen McGurl decided to write a novel about Bletchley Park

Since the release of her latest gorgeous timeslip novel, The Girl from Bletchley Park, we caught up with author Kathleen McGurl to find out why (and how) Bletchley inspired her latest novel. Read on for a fascinating insight into the book…

Bletchley, why Bletchley? By Kathleen McGurl

Honestly, it seemed like such an obvious one for me to do. I’ve been writing dual timeline novels for eight years now, and I’ve written about the Second World War before. For thirty years I worked in IT for a large retail organisation. I’ve always been fascinated by both the Bletchley code-breaking stories and the history of computing, so how better to tie up those interests than by writing a story set around Bletchley and the Colossus computer?

I always felt that sooner or later it was a topic I’d get on to – I just needed a starting point for the story. Then one day while sorting out the contents of our attic I came across a couple of old Box Brownie cameras. One had been my mother’s, and the other one was bought by my husband at a car boot sale. It got me thinking: what if one of those cameras had a film, partly used, still inside? And what if you got that film developed and found pictures that hinted at secrets long buried by your ancestors?

Add that to the urge to write about Bletchley and I had the start of the story. Bletchley Park has such a distinctive look – that jumble of architectures and the copper dome – that it would be easily recognisable on an old photo. I knew that all those who worked at Bletchley during the war (and there were many thousands by 1945) had to sign the Official Secrets Act, and so I began putting together the story from there.

For the contemporary story, I drew on my own experiences working in IT. I’d once had an interview and was then offered a job that would have required me to sign the Official Secrets Act. I didn’t take that job in the end as I had a better offer elsewhere but I’ve often thought about how different my career might have been if I’d taken it. How would I have coped not being able to ever talk about my work? (Poorly, I suspect.) Would I have been able to keep quiet for my entire life about what I was doing? (Probably not. Just as well I ended up in retail.)

Once I had the starting point for this novel, I thoroughly enjoyed the research.  It’s often my favourite part of writing! I read a lot of books – some already on my shelves, others bought especially for this project. The best of them was The Bletchley Girls by Tessa Dunlop. The author tracked down and spoke to fifteen women who’d worked in various capacities at Bletchley, and wove their stories together in this wonderful book, which really brought everyday life for the many women employed there during the war alive. I also had a lovely “coffee-table” book The Lost World of Bletchley Park by Sinclair McKay that contains many photos; and another book about Colossus – how it was developed and how it was used to break the German High Command’s “Tunny” code. This last book was heavy going in places but the nerd in me relished the research and enjoyed the intellectual exercise in trying to understand just how it all worked.

I wrote the novel during the lockdowns of 2020, and although I’d intended to visit Bletchley Park and the Museum of Computing at some point, sadly it never happened. It was just too far to go for a day trip, and anyway for much of 2020, it was closed to the public. So I had to rely on the Park’s website, virtual tours, Google Streetview and the like, for my descriptions of the place. It was very frustrating not being able to visit. I still intend to go there someday, I know I will love it.

Because of the lockdowns, it was a tough novel to write but one I am proud of completing, and I hope readers will love it!

The Girl from Bletchley Park is out now in eBook.