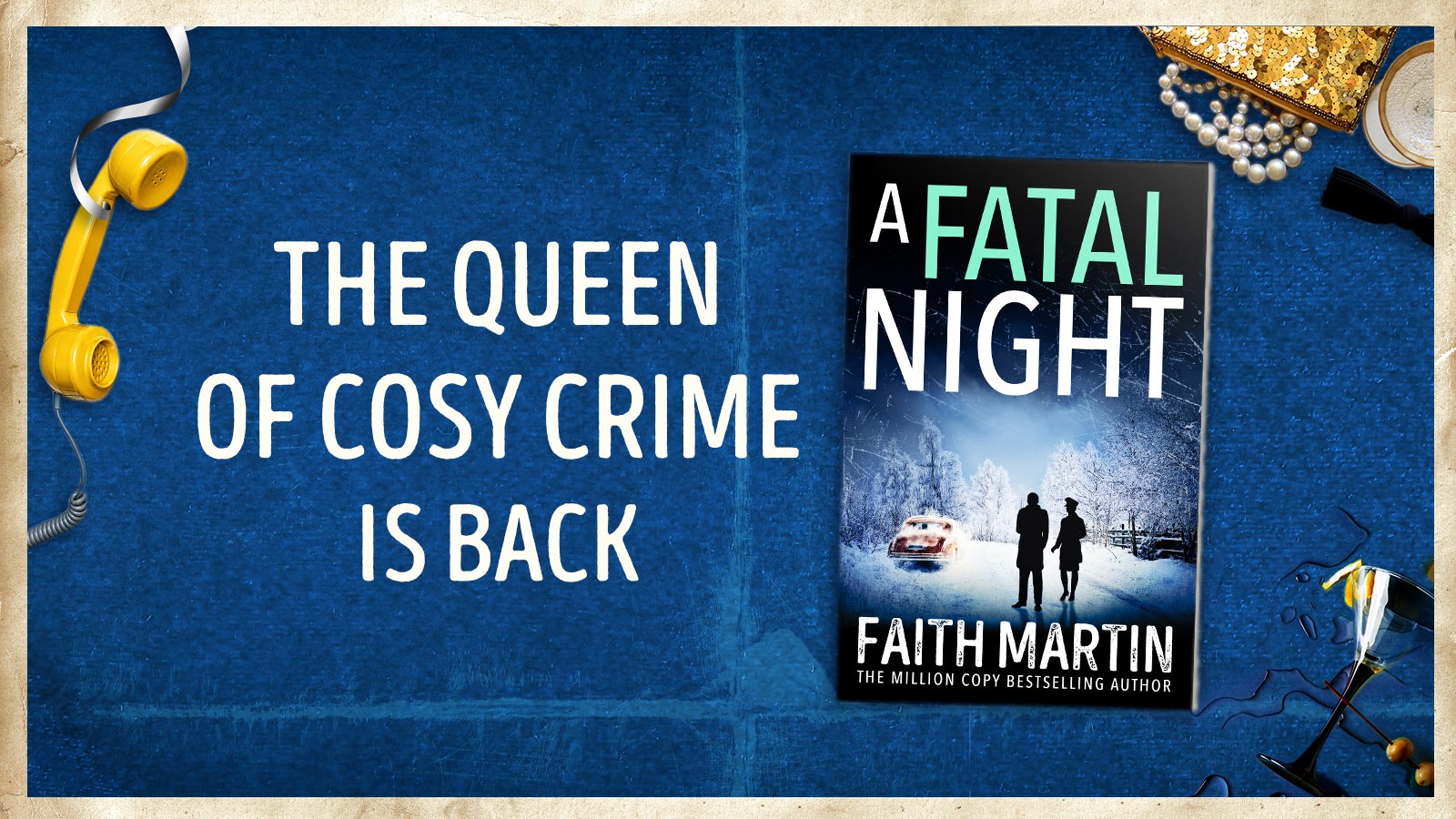 A Fatal Night by Faith Martin is out in just one week! Get your crime fix early with this exclusive extract:

Millie Vander was perhaps the only one, at first, to be puzzled by the newcomer, for she had no idea exactly who the stranger was. But she was, naturally, far too polite to enquire. No doubt one of her guests had invited someone to come along and had simply forgotten – or been too embarrassed or tipsy – to admit it to their hostess.

Besides, it would be utterly déclassé to make a scene about a mere gate-crasher, Millie knew. In this modern new age, weren’t parties deemed to be something of a failure if they didn’t attract some scandalous behaviour?

If Patsy Arles was suffering from nerves and a surfeit of hot blood, the other woman who watched Terry Parker so thoughtfully that night was as cold as the snow that was falling outside, and felt perfectly calm.

She felt only slight distaste as their clearly enamoured hostess laid a hand possessively on his arm, and carefully sipped from her champagne cocktail before whispering something into his attentive ear.

She thought that Terry Parker seemed to be enjoying himself. So alive, and contemplating a happy future, spending the silly woman’s fortune …

Her mind drifted to other, darker, things … and brooded.

As midnight inevitably drew nearer, the noisy party grew ever more boisterous. And when the countdown finally began, everyone stood around, most holding hands and lifting their arms up and down in time with the chanting. ‘Eight,’ they called merrily, ‘seven, six, five …’

The twins, Juliet and Jasper, whispered together in a corner. The ‘star guest’ – a local celebrity artist – had clearly drunk just a little too much, but ever the lady, she held her liquor well. She had once, famously, drunk Dalí (or was it somebody almost as famous?) under the table somewhere in Budapest. (Or was it Luxembourg?)

Most people were feeling pleasantly hazy. Everyone present considered the party to be a great triumph. The food had been wonderful, the drinks copious and varied, and the records had been just the right mix of big band, jazz, and the modern stuff that was so popular with teenagers nowadays.

As the last chimes of midnight came and went, the streamers flew, champagne corks popped, people kissed, and ‘Auld Lang Syne’ was sung with the proper amount of maudlin relish. Indeed, as it was later agreed by all those who had cause to think back on that night, a good time had been had by all.It was such a pity that, later, all of those present would be suspected of having just taken the necessary steps to execute a very simple, neat and near-perfect murder.

Enjoyed the extract? There’s not long to wait for the full book, as A Fatal Night is out on November 11! Preorder your copy here!