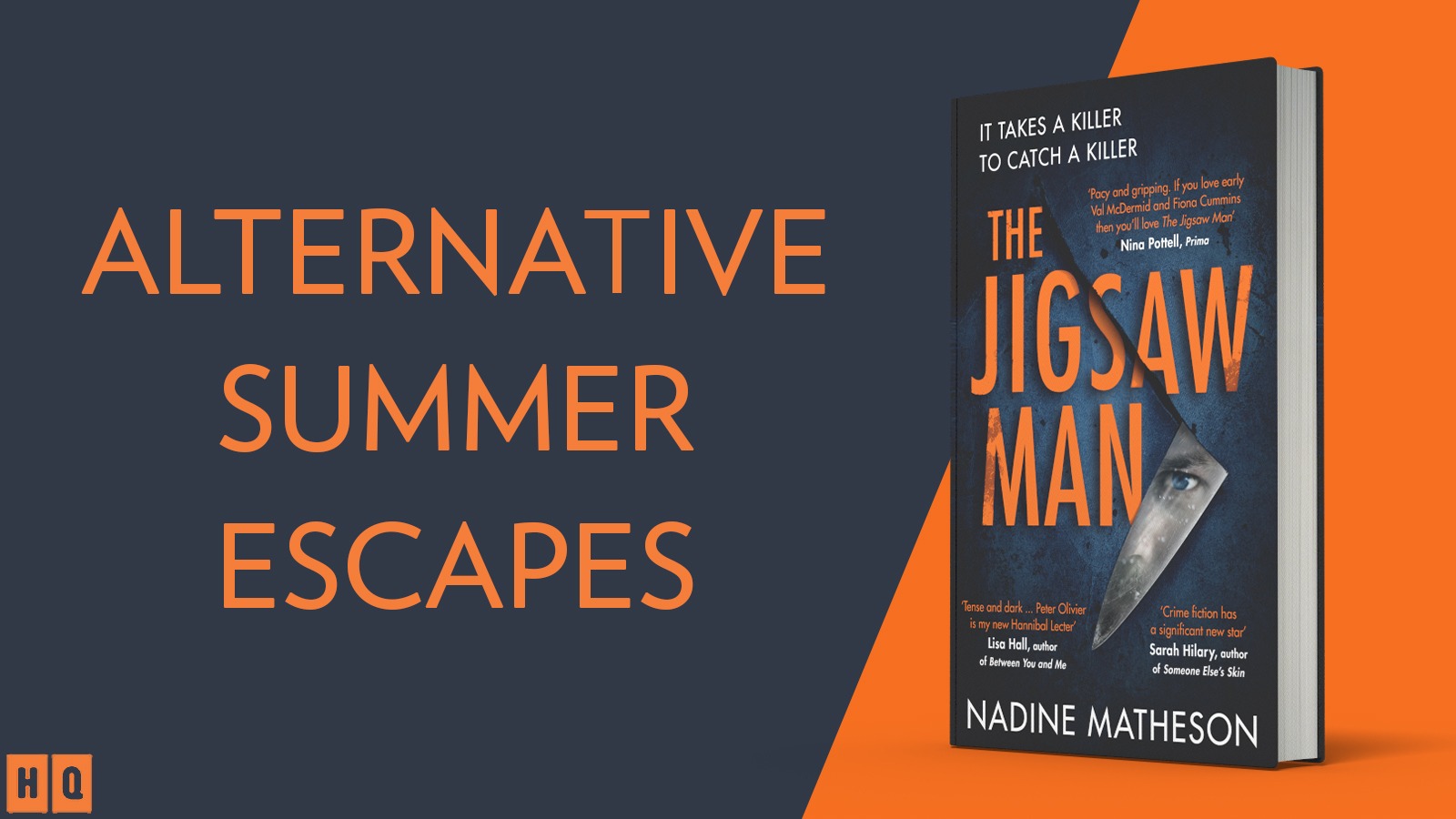 An alternative to summer escapes with Nadine Matheson

Already over summer? Searching for something a little darker instead? We’ve got just the thing… Nadine Matheson’s gripping and gruesome serial killer thriller The Jigsaw Man will send chills down your spine even on the hottest of days! Read the extract below.

6.44 a.m. Greenwich Pier, low tide, and Maxwell Perkins is walking his dog on the riverbank. He’s not expecting to find pieces of a body. He walks on grey clay, wet pebbles and shards of glass, avoiding scraps of wood and discarded car tyres. As he lets the dog, Petra, off the lead he notices the sunlight bouncing off something on the ground. He bends down and pulls at it carefully. Yesterday, he found a medieval pin and a Roman radiate coin. Today, it’s nothing more than broken links from a bath plug chain. Disappointed, Maxwell stands up and sees that his dog is sniffing at something in the mud. It’s late summer. The heatwave hasn’t broken and the temperature is steadily rising. Maxwell wipes away the beads of sweat from his forehead as he walks. His T-shirt clings to the folds of fat on his stomach. At 6.48 a.m., he reaches the dog and sees what has caught her attention.

He pulls the dog back by her collar. Adrenalin rushes through his body and his pulse beats in his ears. It’s the same feeling he had yesterday when he discovered the Roman radiate coin. Inquisitiveness and excitement, which quickly disappears. Now he is overwhelmed as disgust, fear and nausea sweep over him. His free hand is shaking as he takes out his mobile phone. The phone falls among the wet pebbles. He wipes the screen against his jeans, checks that the camera is clean. He takes a picture of the severed arm.

One mile away, Heather Roszicky, an archaeology professor, is supervising a group of second-year students as they complete their fieldwork on the site of the old Deptford Dockyard. Heather leans against the riverside wall, checks her watch and sighs. It will be another four hours before the tide comes in, but she is eager to leave and return to her office. She needs to finish the final draft of her book on the decline of London river excavations before her editor makes good on her promise to kill her. She’s missed her deadline twice and has already spent her advance.

A scream disturbs the calm air and Heather sees one of the students, a girl called Shui, running towards her. The rest of the students are backing away from the moss-covered rocks as Heather runs over to Shui, who has tripped over a piece of wood and fallen to the ground.

Shui shakes her head and begins to cry as Heather pulls her to her feet. The students are talking loudly and all at once as they make their way towards Heather. Someone grabs her arm and pulls her towards the decaying ferry steps. Heather can feel the scream rising in her throat as she looks down into the murky pool of water and sees a headless torso among the black and green jagged pieces of wood.

Christian Matei, a kitchen fitter, is walking towards Nelson Mews, the last cul de sac on Watergate Street in Deptford. The river is not too far away, and he thinks that he hears the sound of a woman screaming but is then distracted by someone playing the trumpet, badly. As he approaches number 15, he opens the gate and throws his empty coffee cup towards the skip on the driveway.

‘Shit,’ Christian says in his native Albanian as the cup bounces off the side of the skip and falls to the ground. As he bends to retrieve the cup something catches his eye. Half a metre away, a swarm of flies are dancing around an object on the ground. Coffee mixed with stomach acid is making its way up Christian’s throat. His vomit covers the flies that are all over the ragged and decaying flesh of the severed leg.

The Jigsaw Man is available now in hardback, eBook and audio here.