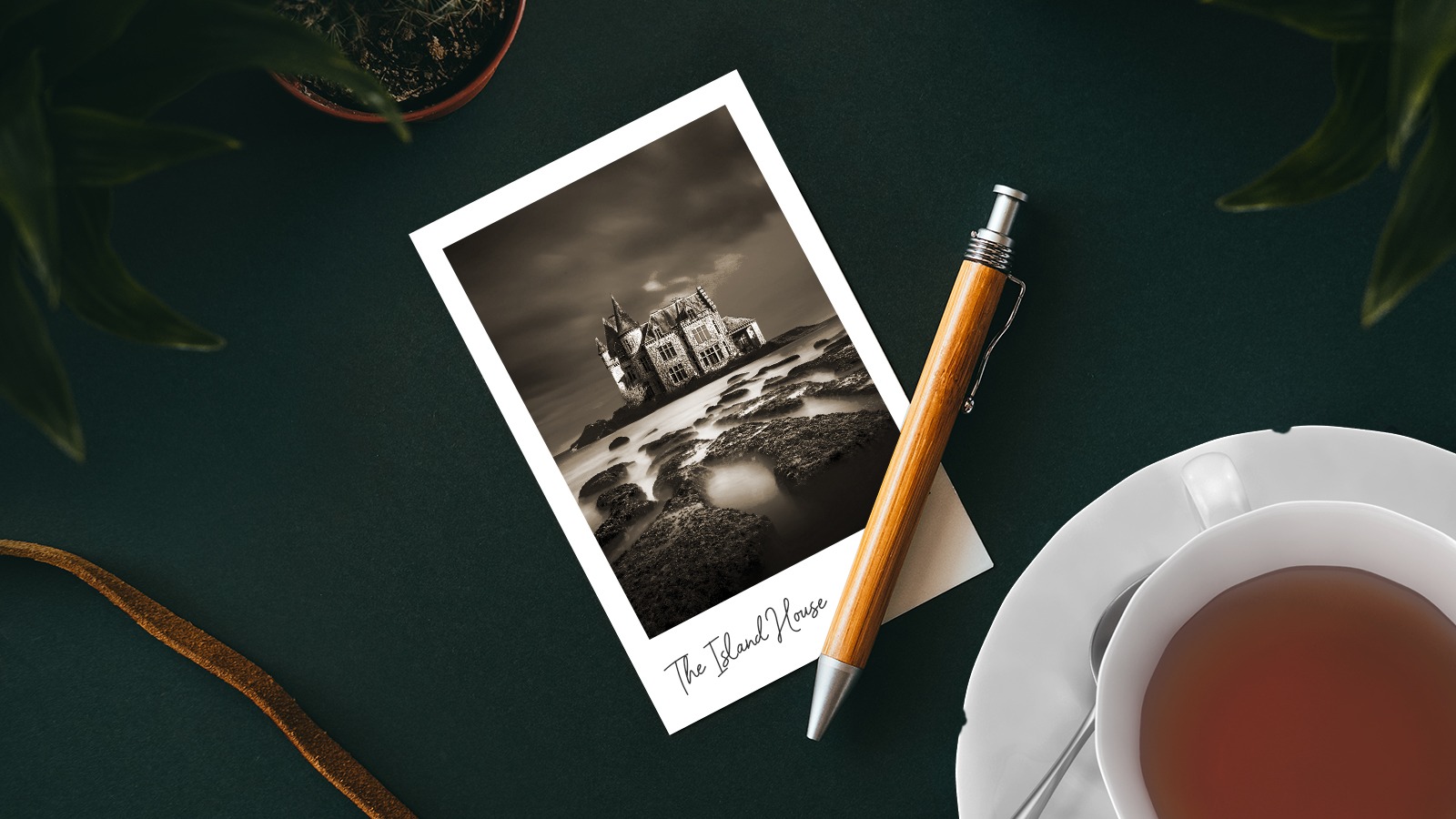 Alice has seen The Island Hotel in her dreams. She’s convinced the clues of her unknown past lie inside its gothic walls. So when she’s invited to spend the weekend at the newly renovated hotel, she heads to the Suffolk coast with her ex-boyfriend Leon, determined to discover the truth.

Delayed en route, they arrive in Suffolk after dark to find the tide in, and the hotel cut off from the mainland by the sea.

They are collected by boat and taken across the choppy sea towards the island by the manager. And it’s not long before strange things start happening, and the chilling hotel gives Alice a sense of foreboding.

When two guests are found dead they know there’s a killer among them – but who could it be?

Alice’s best friend who supported her through the death of her father in a hit and run.

The hotel manager, who talks fast, and is filled with anxiety that the owner hasn’t turned up, and she’s been left with so much responsibility.

Alice’s ex-boyfriend who has come with Alice to support her. But is he holding onto a terrible secret?

Faith’s arrogant, male chauvinist boyfriend, who has a fondness for Live Action Role Play, reads Alice’s father’s best-selling novels and talks down to anyone and everyone whenever he gets a chance – particularly women.

The mysterious, handsome owner who invited Alice to stay, but now seems to have disappeared.

An elegant, American fifty-something. Does she know more about the history of the house than she’s letting on?

A young, Eastern European woman who struggles to speak English, who was taken on by Christine to work behind the bar.

With the storm getting worse, will Alice ever uncover her secret past?

And will anyone leave the island alive?

Amanda Brittany’s gripping new novel The Island House is out now in eBook.