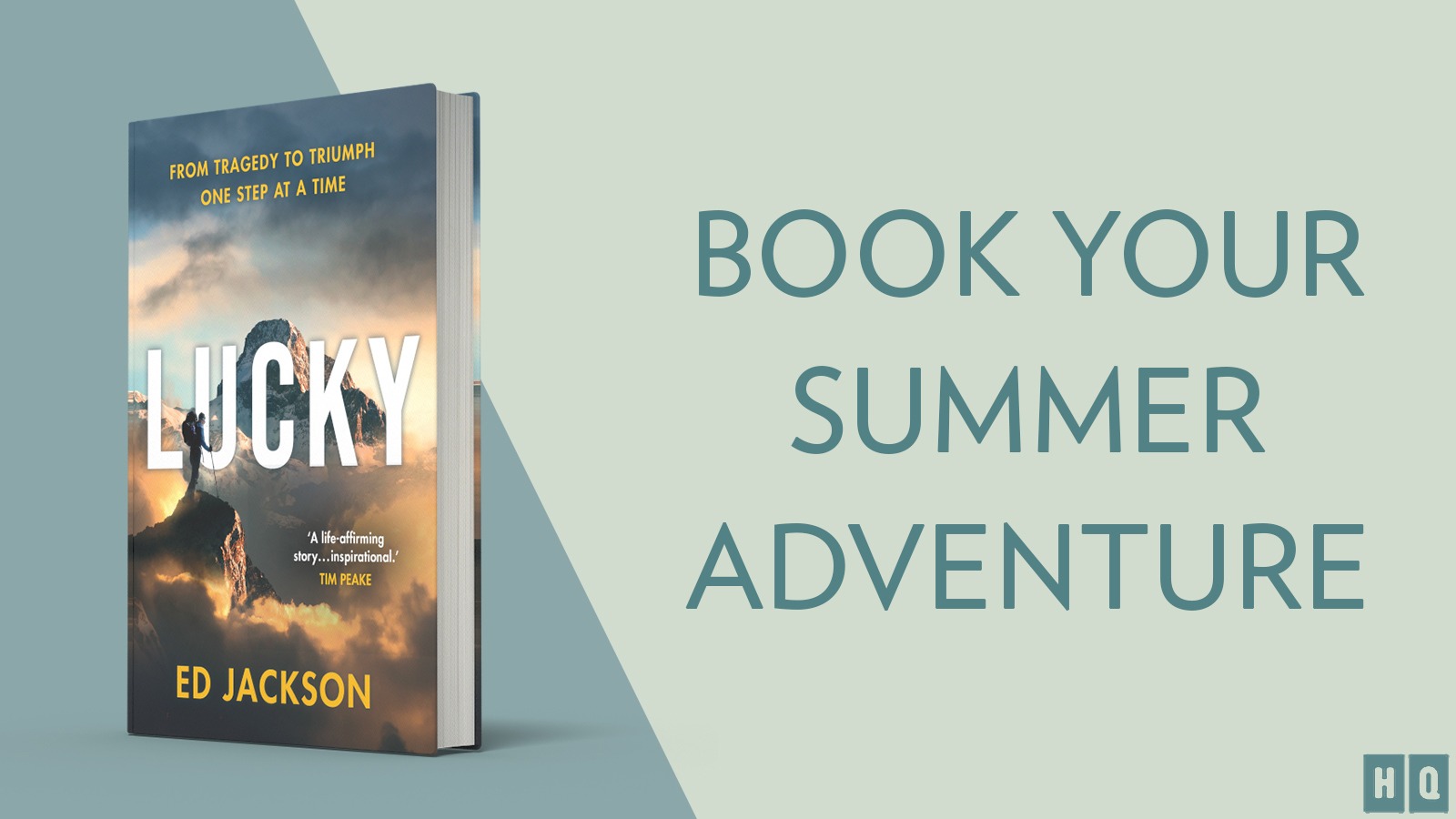 Each week throughout August we are heading off on a summer adventure with one of our brilliant books! Today we’re following in the footsteps of Ed Jackson up mountains and over adversity in this inspirational autobiography following his journey from tragedy to triumph. Read an extract of Lucky below!

It was a week before the anniversary of my accident and a week before our holiday to the Philippines, but first I had a mountain to climb.

After spending the past few days checking the weather reports, I was beyond pleased to see that the climb up Snowdon would be going ahead. The conditions in Wales, never mind the mountains, had been changing on a daily basis. It was only after peering out of the window that morning that we decided to leave my snow spikes back at our rented cottage for the day.

The past couple of months had been spent training and fundraising for this climb. I had set an initial target of raising £2,000 and, thanks too many generous donations, my sponsorship had swelled to £20,000. Now I just had to make it to the top.

We piled out of the rented house and made our way to the car park where the hike would begin. My friends and family had made the effort to join me for this climb and there were thirteen of us staying in the cottage. I had also put out a few messages on social media that there was an open invitation to join us if anyone wanted to. I hadn’t expected many to answer that call.

Laughing and chatting amongst ourselves as we pulled our rucksacks from the cars, I spied a large group of around seventy people in the corner who must have been a coach party. Doublechecking my Artificial Foot Orthotic was in place, I pulled out my walking poles and headed to the car park gates. I had stopped using my electric FES machine for the off-road hikes as it would often misjudge the timing of my steps. Instead, I now relied on a manual AFO that looped around my shin and shoe.

As I limped across the tarmac, testing the newly applied straps on my ankle and knee, the coach party streamed towards me.

I turned but didn’t recognise him. He waved at me, as did some of the others.

It was then that I realised they weren’t a coach party after all; they’d come here for me. I was incredibly humbled to see so many people whom I had never met before waiting to accompany me up the highest peak in England and Wales.

After I’d tried to introduce myself to as many of them as possible, they all looked at me expectantly.

I cleared my throat.

‘Thank you all so much for choosing to spend your Saturday following me up a mountain. I really appreciate that you are taking time out of your busy lives. Nearly a year ago today, I broke my neck. I was told that it was unlikely that I would walk again and so it is important to me that I do this before the anniversary of my accident. I’m not just doing this to raise money for charity or to prove myself; I want to do this for everyone who has supported me during my recovery and for everyone who might use this as motivation in the future.’

There was a cheer from everyone around me.

‘Oh, and one last thing,’ I said, with a smile. ‘Please go at your own pace, don’t think that you have to hang back with me. I walk slowly and also need to stop every twenty minutes to pee. If I lag behind, don’t worry . . . I’ll see you at the top.’

With the rise of voices, everyone split off into smaller groups. I turned to Wyn and my friend Josh, who was a surgeon by day and a bodybuilder by night.

Lucky is available now in hardback and eBook here.