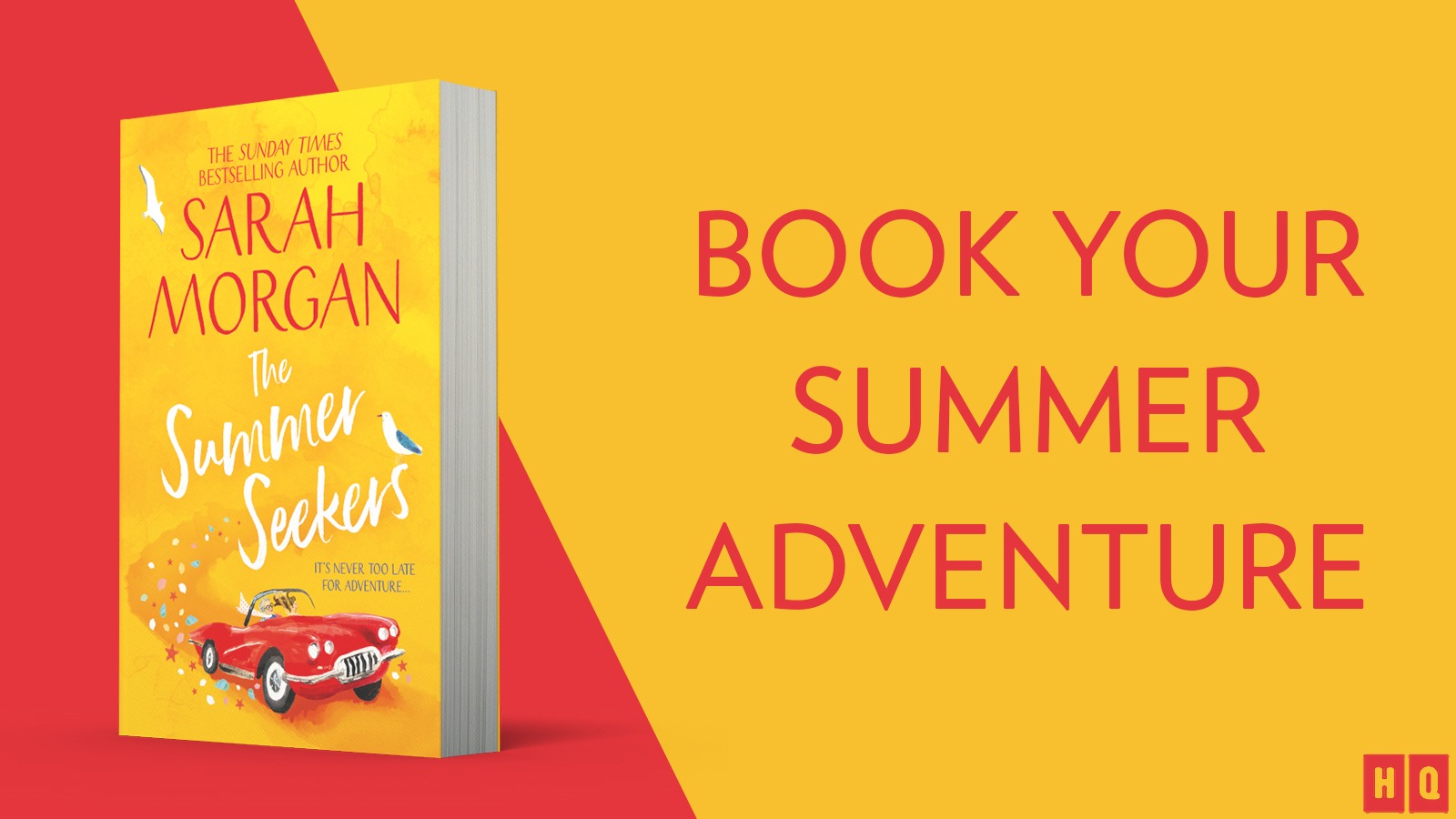 Summer is well under way, and although the weather might not have got the memo, we certainly have. To celebrate, each week throughout August we will be escaping on a summer adventure with one of our brilliant titles, be that a road trip across America, a trek over the Yorkshire Moors or even a jaunt back in time!

Today we’re heading off on the road trip of a lifetime with Sarah Morgan and The Summer Seekers. Read the short extract below and discover some of the amazing things you’ll see on your adventure!

“How about I put the top down?” It was a hot day. The sun beamed its approval of that suggestion.

“The car. We have this fancy, sexy sports car. We might as well use some of its features. It will probably blow your hair around.”

“That sounds marvelous. Do it.”

Marvelous. When had she last heard anyone use that word?

Grinning, Martha pulled over next to a field. She hit the button, fascinated by the way the roof opened. “It’s very cool.”

“I doubt it will be cool when we hit Arizona.”

Martha started the engine and saw a man gazing at them from a house across the road. She was beginning to understand
that far from being everyone’s worst nightmare, this car was considered a dream. It wasn’t quite her dream, but they might get there yet.

Kathleen wound her scarf around her hair and Marth grabbed her phone and snapped a few pictures.

“You look like a glamorous movie star. And if you’re not too old for an epic road trip, I don’t see why you’d be too old to contact an old friend.” Maybe she shouldn’t have pushed, but if it was the wrong thing to do then Kathleen would tell her. If not with words, then with one of her looks.

“That’s not very optimistic. She might be very much alive, and hoping to hear from you.” Martha pulled onto the road. The sun was on her face and a light breeze played with her hair.

“She probably wouldn’t even remember me.”

Martha raised an eyebrow. “When did the last letter arrive?”

“So she was obviously still thinking of you then.” Martha settled herself more comfortably in the seat. The car was starting to feel familiar. She no longer had to stare at the pictures on the key for five minutes while she tried to work out how to lock and unlock the doors. True, there were still lots of buttons she hadn’t touched, but overall, she was proud of herself. “I understand why you were so reluctant to be involved with anyone else after that. But it’s funny how life works out, isn’t it?”

She slowed down as they approached an intersection. “If my relationship hadn’t ended, I probably wouldn’t be here with you now having the time of my life.”

Kathleen turned her head. “Are you having the time of your life?”

“Are you kidding? This whole trip is brilliant. It’s hard even to pick out a highlight so far. I mean—Chicago was incredible. And yesterday, crossing the Mississippi River and seeing The Chain of Rocks Bridge. I loved driving through the little hamlets and passing all those corn and soybean fields. Not that I would have known what was growing if that woman hadn’t told us. Everyone is so friendly and welcoming. Oh and that hamburger! And talking to that French couple. I never realized that this route had such international appeal. I want to stay longer in each place, but at the same time I can’t wait to move on and see what’s next. I feel excited the whole time. It’s made the world seem bigger. It’s made my whole life seem bigger. It’s as if—” she struggled to explain “—my experience with Steven filled my very small world, and now my world is so much larger and filled with possibilities that he no longer dominates. He’s become a small part of my big life, instead of a big part of my small life. This has shown me how important it is to reach outside your normal world. To embrace new experiences. Does that make any sense?”

“It does. I’m glad you’re finding it all so enriching.”

Martha loved the way Kathleen talked. “It’s all thanks to you. I think you might have saved me, although you’ve also probably cost me a fortune. Now I’ve got the travel bug and I don’t have the money to subsidize my new passion, but I’ll figure something out. Maybe you’ll need a driver for your next exciting road trip.” She’d already started thinking.

There was no way she was returning to her deeply unsatisfying life back home. Maybe she could work for a tour company. Or maybe she’d backpack around the world for a couple of years with nothing but a rucksack and her wits. She could work in bars or cafés. There were no rules that said you had to have a big corporate-type career or a professional qualification to enjoy life. And if her parents didn’t approve—well, tough. This was her life, not theirs. Their judgment was not going to affect her choices. That part of her life was in the past, along with Scoundrel Steven, as she now thought of him. “All I’m saying is that it’s funny how life turns out, isn’t it?

The Summer Seekers is available now in paperback, eBook and audio here.