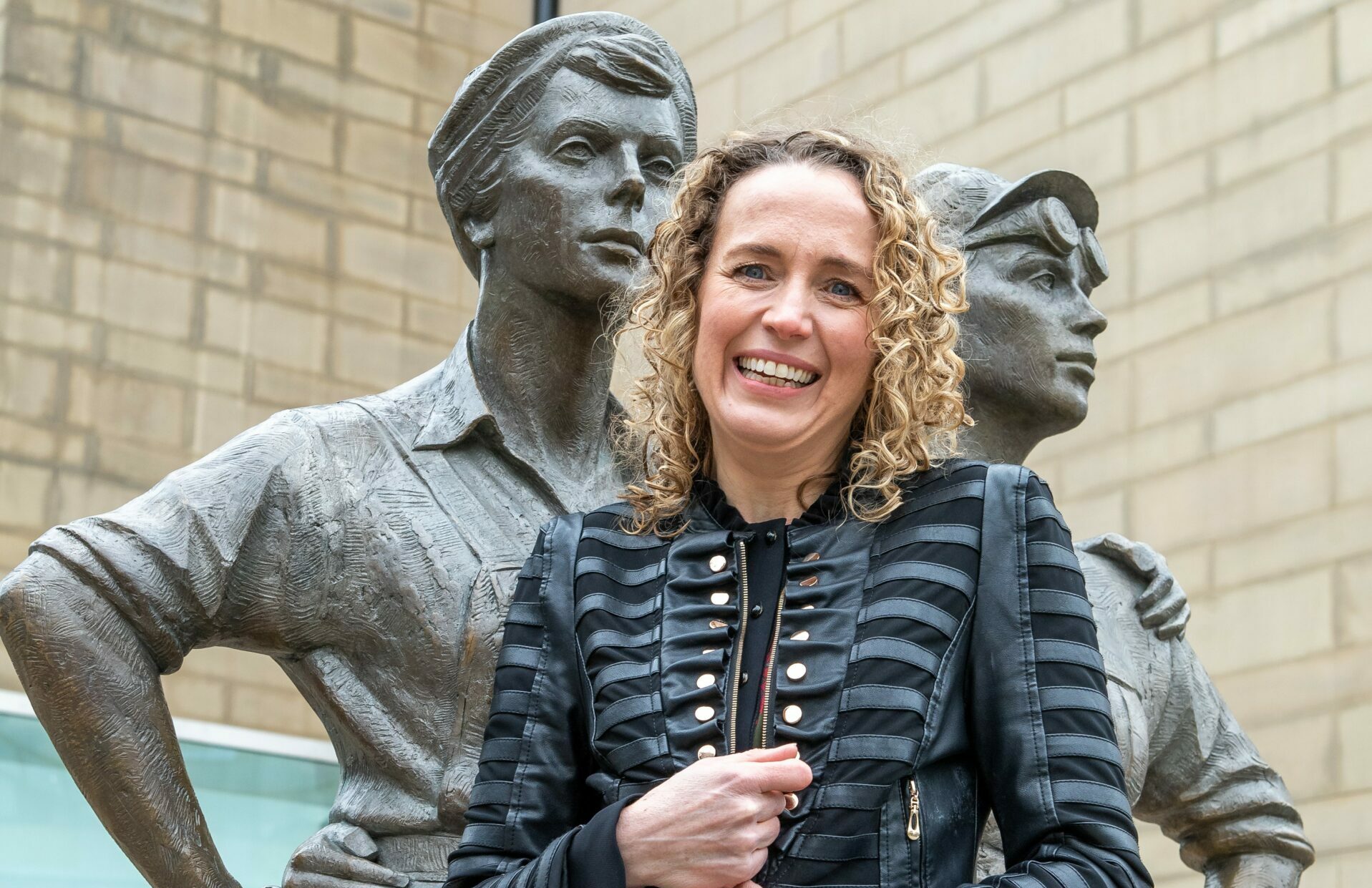 To celebrate the recent publication of The Steel Girls, Michelle Rawlins joins us to talk about the real-life stories that inspired her fictional creation.

I wrote The Steel Girls after spending two years researching the true-life stories of the women who worked in the factories which lined the River Don during World War Two. Their tales of hardship, strength and resilience left me humbled by what this tremendous generation endured.

Many were mums or young girls, with no experience of what it was like to be employed in one of the ginormous windowless factories, which were described on more than one occasion as entering ‘hell on earth.’ The deafening, ear splitting cacophony of noise mixed with the perilously dangerous but accepted working conditions, alongside the relentless and exhaustingly long shifts, was a huge culture shock for so many of the women who walked through those factory doors for the first time.

Those, who had young children, had no choice but to hand their precious sons and daughters over to grandparents or leave them in the care of neighbours or older siblings, some of them only just out of school themselves.

What struck me was how little resistance was offered to this new arduous, strangely unfamiliar and frequently quite terrifying way of life. ‘We were just doing what was needed,’ was an all-too-common answer when I asked the women, why they so eagerly took on the somewhat risky roles they volunteered for.

They were not going to just stand by and let Hitler and his troops reap havoc across Europe, leaving me in complete awe of how much the women of Sheffield sacrificed, while coping with constant worry and fear.

One lady, Kathleen Roberts, told me whenever a shooting star was seen going over a factory, it was a sign another soldier had fallen and a telegram bearing the bad news would be delivered soon afterwards.

It wasn’t all doom and gloom though. These women created unbreakable bonds with their new female fellow workmates and a camaraderie which even Hitler himself couldn’t break. In a determined bid to ‘keep up morale’, friendships were created in the most unlikely of circumstances, lipsticks were snapped in halve and divided between colleagues, and a single wedding dress could be worn a dozen times to ensure a Sheffield bride didn’t walk down the aisle without looking her absolute best.

Of course, it would be easy to romanticise this period, or hale it as ‘the good old days’, but the reality is it wasn’t that either. It was simply a case of facing head on the atrocities life was dealing with and getting on with it as best you could. Some had it easier than others but no matter what, all these women woke up in September 1939 to a new life and somehow managed to take it in their stride.

Although, the characters in this book are entirely fictional, their experiences a result of my creative imagination having a bit of fun with itself, the truth is every page is based on the interviews I conducted and the ongoing research I’m still undertaking. I hope within my books, I can also help keep this generation’s memory alive. I interviewed women who flew up crane ladders, others who were scared witless and many who remember only too clearly what it was like to live in absolute poverty, the talisman a regular visitor to their door.

So, despite the poetic creation of Betty, Nancy and Patty, I can envisage their real live counterparts, hear their voices and recall their experiences – the reality of it is, I simply couldn’t make the raw bones of some of these stories up. Only after listening to their memories could I put pen to paper and serve our real-life Steel Girls the justice they rightfully deserve.

The Steel Girls, the first instalment in Michelle Rawlins’ spectacular wartime saga series, is out now in paperback, ebook and audio.