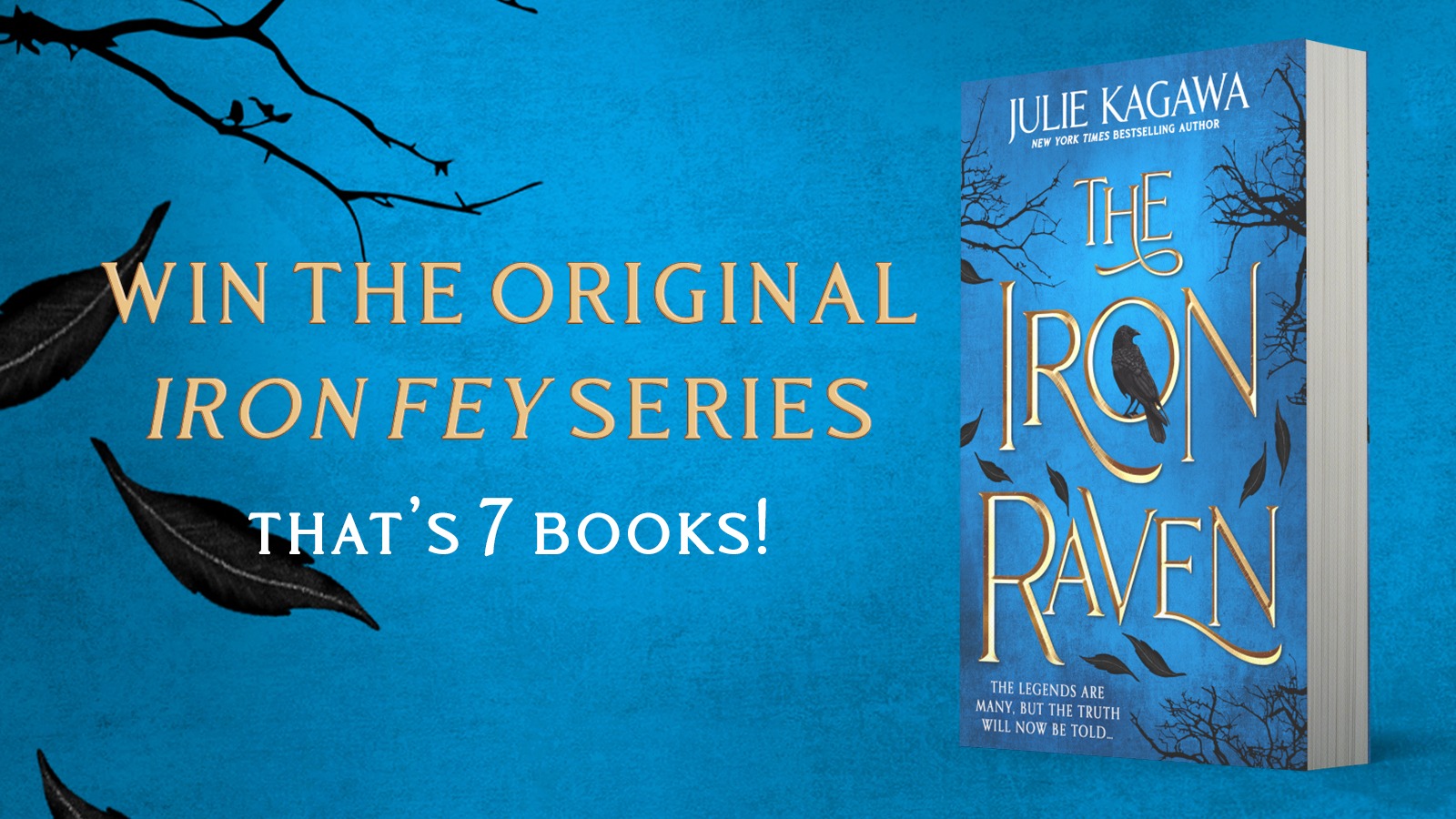 To celebrate the brand new chapter The Iron Raven, book one of Iron Fey: Evenfall series, by Julie Kagawa we have a magical giveaway. We’re giving you the chance to catch up on the original series by giving away one complete library of the Iron Fey. That’s 7 BOOKS! For your chance to win this fantastical series, just enter below!

‘You may have heard of me…’

Robin Goodfellow. Puck. Prankster, joker, raven, fool… King Oberon’s right-hand jester from A Midsummer Night’s Dream. The legends are many, but the truth will now be known as never before, as Puck finally tells his own story and faces a threat unlike any before. A threat that brings him face-to-face with a new enemy…himself.

With the Iron Queen Meghan Chase and her prince consort, Puck’s longtime rival Ash, and allies old and new by his side, Puck begins a fantastical and dangerous adventure not to be missed or forgotten. Evenfall is coming, and with it a reckoning that even their combined powers and wits may not vanquish, as a shadow falls over the lands of Faery and the world slips into chaos.

The Iron Raven is the epic new chapter of the Iron Fey series from New York Times bestseller, Julie Kagawa. Out April 1st.

Available to pre-order from your local bookshop, bookshop.org, Hive, Waterstones, and Amazon. WIN a National Trust voucher and a subscription to My Chronicle Book Box!

To celebrate the publication of The Beekeeper at Elderflower Grove by Jaimie Admans, we’re giving one lucky winner the chance to win a £100 National Trust voucher and a 3-month subscription to My Chronicle Book Box! Simply answer the question below to enter!… Read More WIN a luxury deckchair from The White Company!

To celebrate the publication of Beach House Summer by Sunday Times bestselling author Sarah Morgan, we’re giving you the chance to win a stunning luxury deckchair! The perfect summery accessory to take to the beach or to sit outside in the garden with! To be in with a chance of winning this wonderful… Read More

WIN a luxury deckchair from The White Company!

To celebrate the publication of Beach House Summer by Sunday Times bestselling author Sarah Morgan, we’re giving you the chance to win a stunning luxury deckchair! The perfect summery accessory to take to the beach or to sit outside in the garden with! To be in with a chance of winning this wonderful… Read More