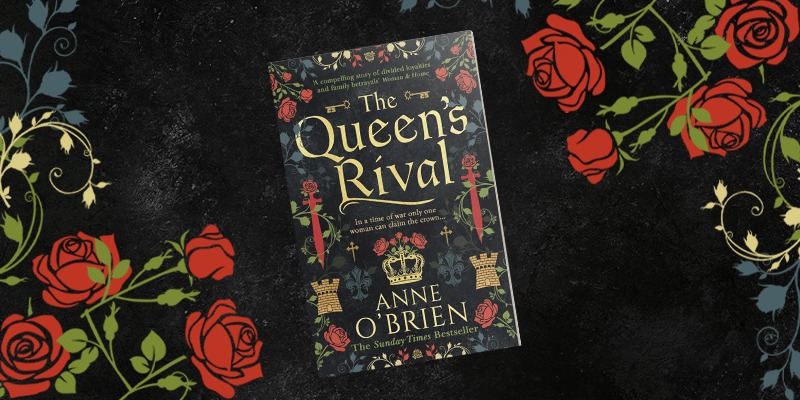 Cecily Neville, Duchess of York, is one of the most appealing women of English medieval history, worthy of celebration.  Most medieval women verge towards the invisible, a two-dimensional entity without character or apparent influence; Cecily Neville is an exception.  The Wars of the Roses were both vast in scope and complex in the range of family connections. So was Cecily’s own Neville family with its royal blood inherited through their mother Joan, Countess of Westmoreland, daughter of John of Gaunt. Cecily demanded in regal fashion that she be allowed to speak for herself. It was a challenge that lured me to become involved; I accepted the challenge and wrote about her.

Without doubt Cecily was a remarkable woman, living for eighty years through five reigns, interacting with a vast dramatis personae of famous, infamous, and influential characters in these tumultuous years. She was mother of two kings, Edward IV and Richard III, and grand-mother to a Queen Consort, Elizabeth of York, who stepped across the divide between York and Lancaster and married King Henry VII.

On the surface this would seem to be a life bringing Cecily immense satisfaction and personal achievement, but it was also a life of tragedy. Cecily outlived all but two of her twelve children, some dying in infancy, others meeting terrible ends. George, Duke of Clarence, was executed for treason, on the orders of his brother King Edward, in the Tower of London. Richard III died on the battlefield at Bosworth; Edmund of Rutland met his end in an act of revenge after the Battle of Wakefield. What heartbreak this must have inflicted on her, added to the death of her husband, Richard, Duke of York, at Wakefield.

Cecily’s life also witnessed its share of scandal. The rumour of her liaison with the common archer Blaybourne, thus prompting the blot of illegitimacy against King Edward IV, was too valuable a rumour to ignore for those such as the Earl of Warwick and Duke of Clarence who would willingly depose King Edward.  Was the scandal true? Unlikely, but the widespread gossip must be faced. How difficult for a woman of Cecily’s pride to accept that her own family would dishonour her reputation.

Would such tragedy obliterate the strength of Cecily’s character? Cecily worked tirelessly for the House of York. She stood by her children as far as it was possible, even George of Clarence, trying to bring him back into the Yorkist fold. In Ludlow, abandoned by her husband, Cecily faced a leaderless Lancastrian army and howling mob intent on plundering the town. She proved to be a a woman of great courage. As old age approached, she devoted herself to a life of duty and formidable piety, a life of loyalty to the family she had always supported.

Cecily, Duchess of York, was the doyenne of late medieval history, the Queen who was never crowned.  She was a true heroine, deserving to be honoured in Women’s History Month.

Anne O’Brien’s novel The Queen’s Rival is out now in paperback, and her brand new novel The Royal Game is available to pre-order here!