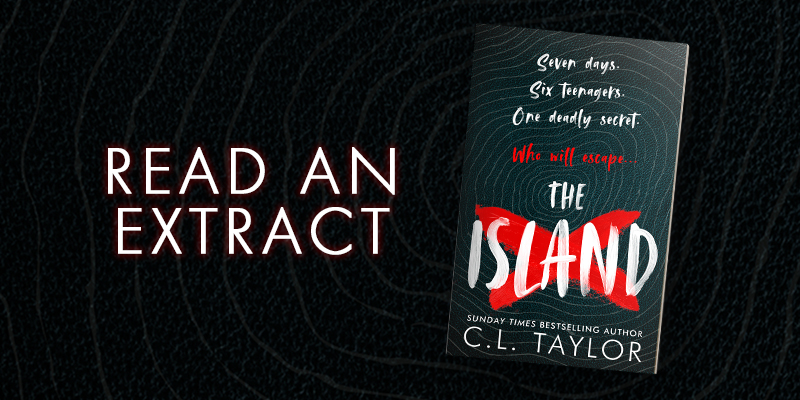 Read an Extract from the Gripping New YA Dystopian The Island

Life would be so much easier if I were a psychopath. I’d be charming, manipulative and a pathological liar. I also wouldn’t be wondering what Danny, Honor, Jeffers, Meg and Milo are talking about on the other side of the pool their faces cast in shadow, the Thai night sky a blank blanket above them. And I definitely wouldn’t be convincing myself that they’re talking about me. Even if they were, I wouldn’t care. But the biggest advantage of being a psychopath by a mile would be lack of empathy. Life doesn’t hurt as much if you stop caring.

‘Who’s up for a swim?’ Honor, who’s been intertwined with Danny on a sun lounger for the last hour, wriggles out of his grasp and stands up. She slips off her flip-flops, strips off her T-shirt and wriggles out of her shorts. It’s dark and the surface of the pool is still and calm, striped with the reflected glow of the hotel and dotted with candlelight. Honor dives in, barely making a splash. She pulls her arms through the water, blonde hair streaming behind her.

Seconds later Danny’s in too. He tries to grab Honor around the waist but she slips away like a fish and swims almost a whole length underwater.

‘Meg?’ Honor’s voice echoes off the walls of the hotel complex as she breaks through the water, just a few feet away from me. It’s after eleven and an older couple to my right, talking quietly on their sun loungers, sigh loudly.
‘Milo? Jeffers? You coming in? We could play water polo?’ She glances at me and the expression on her face changes: uncertainty replaces excitement. She doesn’t know whether to invite me to join them or not. I pull the sleeves of my top down over my hands and shift in my seat. Swimming’s one of my favourite things in the world and I’m good at it – I’ve swum for the county – but I haven’t been in the pool since we got here and I’m not about to start now.

As holidays go this is right up there with the time we went to Center Parcs and Danny did a poo in the corner of the ball pit at soft play. OK, so we were all three at the time but the memory of the warm squelch as I put my hand in it is indelibly burnt into my brain. The walking tour of the Scottish Isles when we were all twelve was pretty grim too. It never stopped raining and I slipped and twisted my ankle when we were still an hour away from the car. Almost every year since we were born there’s been an enforced group holiday and now here we are, in Thailand, a disparate group of teenagers forced to socialise with each other because our parents happened to go to the same antenatal group over seventeen years ago. Our friendships have changed over the years. As five- and six-year-olds Honor and I were about as close as two little kids could be. We tried to include Meg in our games but she was more interested in trying to muscle in on the games Milo, her twin brother, was playing with Jeffers and Danny. As pre-teens Meg gravitated back to me and Honor and there was a distinct girls versus boys dynamic. That all changed when hormones kicked in and Honor and Danny got together and me and Milo . . . well, I’m not sure how to describe that. We danced around each other, I guess. Sometimes I fancied him and he didn’t fancy me. Sometimes it was the other way round. It’s not that we’ve got a ‘thing’. It’s more of a ‘non thing’ but it’s not just friendship, not like me and Danny or Jeffers.

Don’t get me wrong, Thailand is amazing. The people are so smiley and friendly, the food is delicious, the streets are buzzing and vibrant and the scenery is breathtaking. Yes, it’s hot and humid but, hello, I’d rather be dripping with sweat over here than dripping with rain in England. No, Thailand’s not the problem, nor is the amazing complex we’re staying in. The fact is I can’t do holidays like this anymore. The others don’t know how to act around me and I’ve forgotten who I used to be. I can’t relax. I’ve forgotten how to banter, and if I catch myself laughing, I immediately feel guilty. I might be seventeen but I feel like I’m a hundred years old.

‘Jessie?’ I jolt as Milo appears behind me. I was so caught up in watching Danny trying, and failing, to lift Honor above his head that I didn’t notice him slip away from the table he was sitting at with Meg. She’s changed since we hit our teens. She used to be competitive, loud and outspoken. These days, if she does speak, it’s usually to say something snarky.

The Island by C.L. Taylor is availble to buy from your local independent bookshop, bookshop.org, Hive, Waterstones, and Amazon.