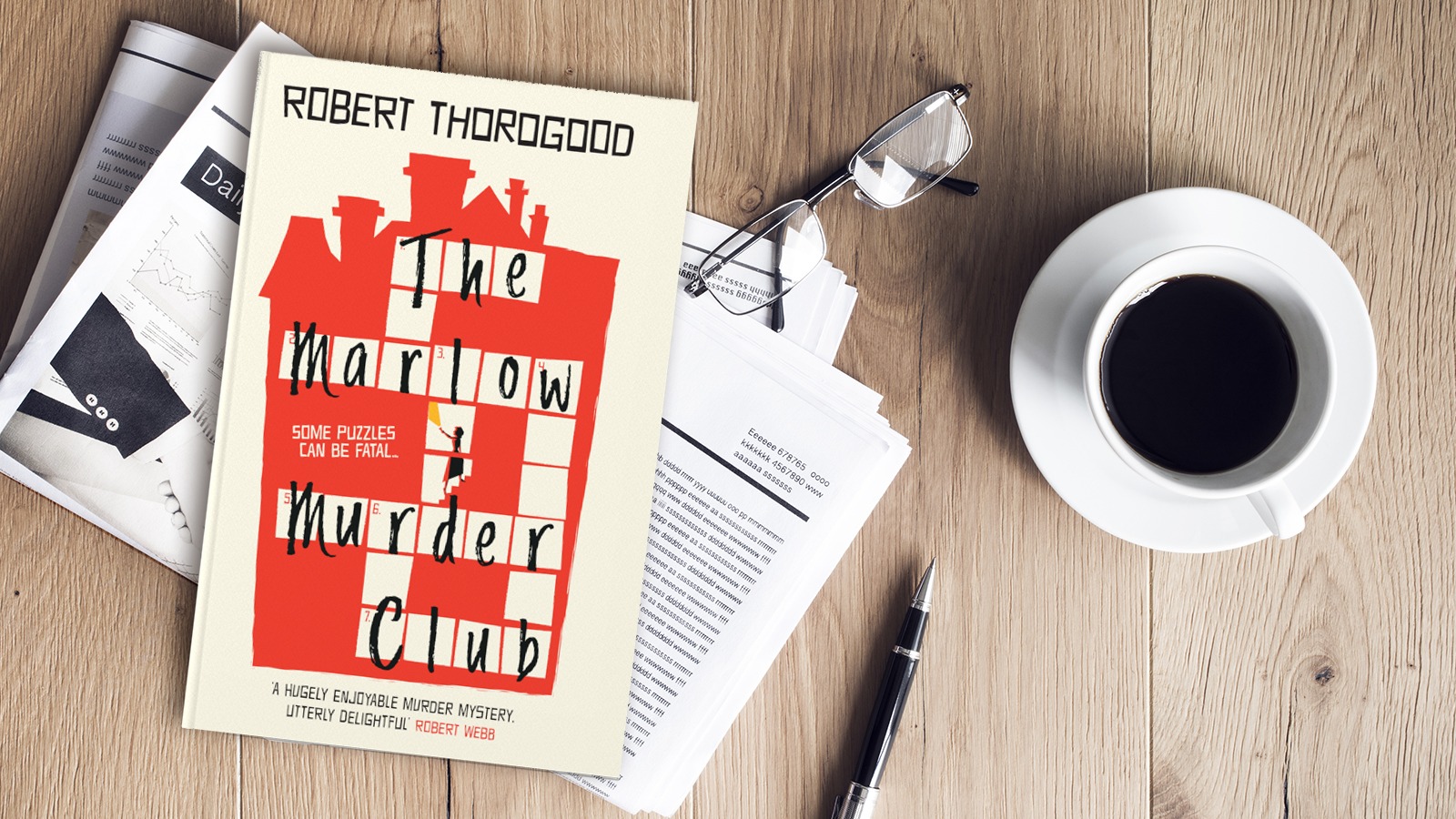 To settle her mind more than for any other reason, Judith went over to the cupboard, opened the door and saw that it contained nothing more than the vicar’s robes on hangers. Just as she’d suspected.

Although it also seemed to contain a middle-aged woman who was looking straight at her.

‘Yes, sorry, about being in a cupboard,’ the woman said, embarrassment pinking her cheeks. ‘You must think me quite strange.’

Judith was baffled. The woman in the cupboard looked entirely respectable. In fact, more than that, she positively glowed with expensive good health. She was in her early forties, with sleek blonde hair, and was wearing a quilted black gilet over her top half, tight-fitting jeggings over her lower, and bright pink running shoes. What on earth was she doing hiding in a cupboard in an empty church?

‘It does seem a bit unconventional,’ Judith conceded.

‘I can explain,’ the woman said in a rush. ‘You see, I only came in to tidy up the vicar’s crockery.’ The woman held up her hands, each of them brandishing a floral mug. ‘Colin is so bad at tidying, and they’ve been in here gathering dust and mould for days. Anyway, I didn’t think I’d meet anyone. And then I heard someone come into the church, and I panicked. I just didn’t want to meet anyone today. Especially one of Colin’s parishioners. Oh God, that sounds bad, doesn’t it? You’re not one of his parishioners, are you?’

‘I wouldn’t worry about that,’ Judith said with a smile.

‘Good! I mean, not that it’s good that you don’t come to church, oh I’m sorry, I’m making rather a hash of this, aren’t I? But anyway, the point is, when I heard footsteps approaching the vestry I hid in the cupboard.’

‘And closed the door behind you?’

‘Not at all. But let me introduce myself. I’m Judith Potts.’

Now it was Judith’s turn to be surprised. She was sure she’d not met the woman in front of her before.

‘And I’m Becks Starling,’ the other woman said, offering her hand. ‘Becky, actually. Although most people call me Becks.’

‘I’m afraid so,’ Becks said with a bashful smile. ‘Someone has to be. Do you mind if I get out of the cupboard?’

‘Thanks,’ Becks said, and clambered out.

This left the two women at something of an impasse. There wasn’t any kind of agreed etiquette for continuing a first meeting between two middle-class women when one of them has just been found hiding in a cupboard.

‘Oh I don’t know. I remember at university I had a groundfloor set of rooms and I hid under my desk when a friend came to visit who I didn’t want to see.’

‘Only for a few moments. Or so I thought. Turned out my friend really, really wanted to see me. She waited outside my window for nearly three hours, which meant I had to hide under the desk for nearly three hours. But I could never reveal I was hiding from her, it would have been too embarrassing. I ended up having to pee in a metal wastepaper bin, and you’ve no idea how hard it is peeing in a metal bin while hiding under a desk.’

‘I don’t normally hide in wardrobes,’ Becks said in an attempt to distance herself from the woman in front of her who openly admitted to peeing in bins, and who, she now realised, could very well be mad.

Robert Thorogood’s brand new mystery novel The Marlow Murder Club is out now, and has just been chosen as Fiction Book of the Month for January 2021 by independent booksellers. You can get yourself a copy here.