How insomnia brought me to the brink… and changed my life

To celebrate the release of Sleepless, the gripping new dystopian thriller, author Louise Mumford is here to talk about insomnia.

How insomnia brought me to the brink… and changed my life

Insomnia has been my constant companion since I was a child. When I was young, I didn’t really see the point of sleep. Why would people do that and miss out on all the marvellous things that could happen whilst they were dozing? I couldn’t understand it. Fast forward a few years and I would be the one at house parties who would still be awake at 4 a.m. tidying up the kitchen and flicking through the books in an unfamiliar bookcase to keep myself entertained whilst everyone else slept. Now I’m much older I watch the way my husband drifts off to sleep within minutes of putting his head on the pillow. To me, it is a magic trick I will never learn.

I know all about the darkness. In those early hours of the morning I have tried breathing techniques and calming music, crafts and audiobooks. I have cried and railed and paced and lain there convincing myself that, yes, I was just about to fall asleep.

Sleeplessness is cruel in an especially vindictive way. It gives you time. in those hours awake you could write that book, finish that tax return, learn that language, master that skill. But the time it gives you is a broken thing, it is filled with anxiety and fear and rage, it is a sludge of hours, a sticky mess you cannot get escape. And worse – it ruins the daytime too. Days are things to be endured; the colour of night staining its bright colours. I know all the tips and tricks to help get a person through a day after a sleepless night: the make-up to wear, the timing of caffeine, the things to focus on, and what to let slide.

I let a lot slide.

In the opening chapter of my new book, ‘Sleepless’, the main character, Thea, has a car accident after yet another poor night’s sleep. They say write what you know. Well, I know that car accident very well. It is mine. I had got through my first day back in the new term as a teacher, a job I’d been doing for around ten years or so, and in the car I’d been congratulating myself about how well I’d coped, despite the lack of sleep. I was smug.

That was when I realised the car in front of me on the dual carriageway slip road had stopped. I crashed into it. Another car crashed into me. A pupil who had been in the school bus not far ahead said the whole thing looked “epic”.

Miraculously, nobody was badly injured.

My first instinct, once the car had come to a stop, was to put the handbrake on (!) and step out of the driver door. Nearly heading straight into oncoming traffic, if the cars around me had not come to a standstill. My own car was a crumpled thing and smoke wreathed around the twisted metal like a bad Eighties pop video. I remember sitting in the ambulance listening to the radio announce major tailbacks because of me and knowing that I had to change my life.

It took me a while, but I did. Eventually I left my teaching job, a job I loved in a fantastic English department, but a job that was slowly eating away at me due to the early morning starts. My body clock eventually found a rhythm that had probably always been its own, but which modern working life didn’t allow for: a much later bedtime and a later morning. I’m a night owl at heart and, though the early bird apparently catches the worm, I’ve got myself something else, much better. I concentrated on writing and that book will be out on December 11th this year: ‘Sleepless’. I didn’t have to look far for inspiration.

For years, insomnia only took from me but now, what it has done, at last, is give. It has given me a different life, hopefully a new career and a book I can share with everyone else… especially all those people still awake in those dark hours of the night.

Prepare to be sleepless over Sleepless! The gripping dystopian thriller Sleepless is out now. You can buy it in e-book format or paperback. 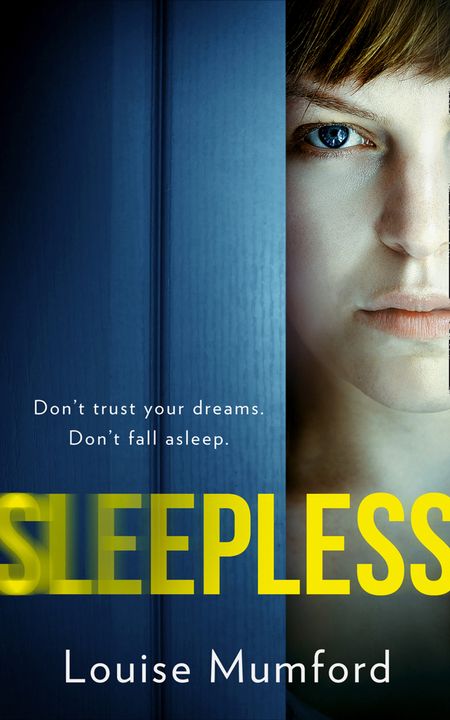 You Should Look After Yourself More, Honey

January is often seen as the month of self-care. But how does this work after a year like 2020? Kate Lucey, author of Get a Grip, Love, discusses being kinder to ourselves this year.   You Should Look After Yourself More, Honey January is a time… Read More