Just My Luck is the story about a group of friends who have been extremely close since they met fifteen years ago, around the time they all had their first babies. The families have grown up together and their lives have become intrinsically linked: the kids go to the same schools, they go on holiday together, they meet socially all the time. One of their little rituals is that they do the lottery every week, as a syndicate; they’ve always laughed off their disappointment when they’ve failed to win anything more than a tenner!

Until one evening, a tiff turns into a terrible rift – we don’t know what they are quarrelling about. Two of the three couples leave the syndicate but the very next week the numbers come up and Lexi and Jake have the winning ticket worth 18 million pounds! The others go to extreme lengths to try to get a share of the money. It is a novel that looks at what money can and can’t buy, should and certainly should not buy!

The seed of the idea came from chatting to a friend of mine who works for the lottery. He was telling me about the duty of care the lottery company has towards the winners; they do try to guide and help as much as possible when people win huge amounts. He told me he thinks winning a million pounds is the dream. I surmised from that comment that winning more might be a nightmare. That was the spark of the idea. It didn’t take me long to jump to a worst-case scenario (the dark mind of an author in action!). I started to wonder about lying, cheating, stealing, kidnapping, extortion, murder – the extremes people go to for money. The fact is money can and does corrupt. Money seems to offer such an easy way out of all our problems. Honestly, extreme wealth probably just presents a different set of problems. I think there are lots of people in the world that are not corruptible – who really live by the mantra that money can’t buy you happiness. I suspect the trick is to surround yourself with that sort of person!

Now I don’t play the lottery regularly, but have on occasion bought a ticket on impulse. If I won a similar amount to Jake and Lexi I’d really hope I didn’t become consumed with greed. I think what I learnt during the process of writing Just My Luck is you need to bring your nearest and dearest in on the luck! I’d buy starter homes for the younger people in my family, I would donate to the charities that are close to my heart and I’d travel (Covid permitting). I’m not interested in designer clothes and I wouldn’t want to move house. That all sounds so sensible so I ought to admit my husband would be fully expecting a Porche Taycan, which start at over £85k!

What would you do…? 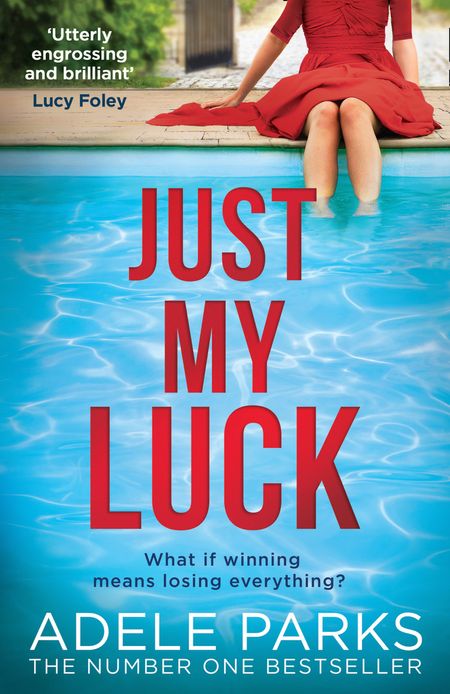