November has ended, and with it so has NaNoWriMo. If you’re trying to work out what to do next, don’t worry. Karin Nordin, author of Where Ravens Roost, is here to help. Read on to hear her reflections on November, NaNoWriMo, and advice on what to do next.

NaNoWriMo is Over … Now What?

I have a love/hate relationship with writing in November. October is always full of promise. Story ideas run rampant in my mind. Characters are new and fresh. My plot twists are all brilliant and unsuspecting. My motivation is at its peak. And when November hits I feverishly begin NaNoWriMo with all of that inspiration and enthusiasm behind me.

Usually it takes a week before I’m in the dreaded pits of despair. When my plot reveals itself to be full of holes. My characters aren’t doing what they’re supposed to. My outline feels flat and predictable. And it becomes harder and harder to sit down and reach that goal of 1,667 words a day.

This November, however, was different. Despair hit me on day one.

It’s no surprise that this has been a difficult year for everyone, myself included. All of the exciting high points seemed to be matched by intense low points. Trying to be creative in the midst of so much worldly unrest felt akin to digging a hole while someone else was filling it at twice the speed.

Yet despite multiple lockdowns, the pandemic, juggling my debut novel’s upcoming release, and a total home renovation (wherein I stubbornly decided I was going to do 75% of the work myself,) I was determined to participate in NaNoWriMo. And win it!

For me, 50K words is only half a novel. And realistically I’ll end up throwing out near half of what I wrote in November during my first major edit. My first drafts are always very sloppy. Even though I have an outline, I still discover a lot of the minor details of my story as I write it. This means I don’t see a lot of the connections until I’m already deep into the second half of the book. As a result, half of my struggle during NaNoWriMo is fighting the urge to go back and edit before I’ve reached the end.

That being said, the timing of NaNoWriMo was serendipitous for me this year.

By the beginning of the month I’d already completed most of the major edits on my debut novel (which also started as a NaNoWriMo project and was a Camp NaNoWriMo winner) and I was ready to dive into my second book. By my calculations, the first draft of my novel would be completed by the first day of 2021. The only thing I had to do? Stick to the NaNo writing schedule for a full two months.

Except this is 2020. And on the first day of NaNoWriMo my inspiration, strictly plotted storylines, and well-developed character arcs were not alone. They were joined by all of the fears, anxieties, worries, and self-doubt that I’d been experiencing the entire year.

My normal writing process of getting in my word count before noon didn’t always work. Even though I had more time in my schedule to write than any other November before this one, I found it more difficult to sit down and get the words out. I had to compromise with myself in ways I hadn’t before. Instead of writing an entire chapter in one go, I had to break it up into mini sessions. On some days I didn’t write anything. On other days I went for hours without stopping. My NaNo stats looked like a roller coaster and I was screaming every time my word count came over the hill and plummeted down to the depths of zero.

Was I being too hard on myself? Absolutely.

And I know I’m not the only overachieving writer who fought—and lost—against their body’s need for a break. But I don’t regret the days I took off. I needed that time to recharge. Nor do I regret the days when my word count reached its goal, but the writing had no passion. I can fix that later. NaNoWriMo isn’t about writing a perfect book in 30 days. It’s about writing the words that will build the basis of your book. It’s about exploring a new idea and rejuvenating your love of writing. And, most importantly for me, it’s about getting back into the daily writing habit.

So, November is over. Now what?

For me, December will be NaNoWriMo Round Two. I still aspire to finish this first draft before the new year. It won’t be easy, but after struggling through these last two weeks of November I feel like I’ve finally found the spark in my story and I have high hopes that the second half will come to me more naturally than the first. But if January arrives and I’m still not finished, that’s fine, too. If I’ve learned anything about writing this year it’s that sometimes you need to forget about those looming deadlines and take a day off for yourself. And whether you’ve written 500, 5000, or the illustrious 50K words this month—you should be proud of what you’ve accomplished. Because in a year as difficult as this one, it’s important to celebrate the small wins as well as the big ones.

So, if like me, you’re not entirely satisfied with what you wrote this month, try not to worry about it. It doesn’t have to be November in order to challenge yourself to write a novel. Maybe December will be your month. Maybe January. Just remember, your story isn’t going anywhere. It’ll be ready for you when you’re ready to write.

Where Ravens Roost, the first book in a new gripping and addictive debut crime thriller series, by Karin Nordin is out in February. Pre-order your copy now.

To read the rest of the NaNoWriMo series, and all our other writing tips, click here. 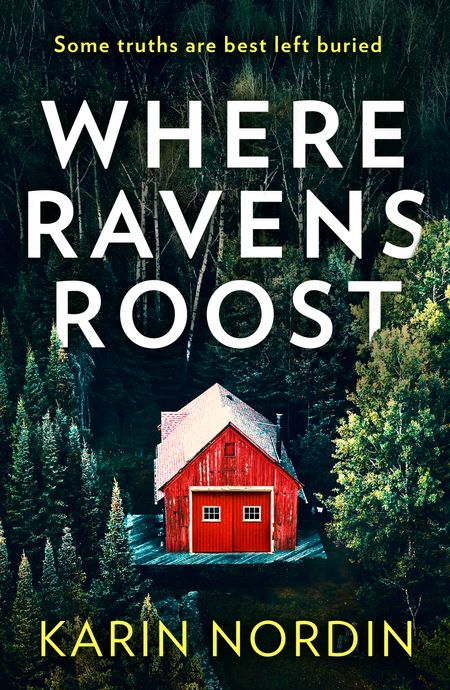 Why I Write Mysteries with Faith Martin

Writing often means experimenting. Authors like to challenge themselves by writing outside their comfort zone. Continuing in our NaNoWriMo series Faith Martin, author of the Ryder and Loveday series, is here talking about why she decided to turn to writing mysteries. Why I Write Mysteries Many people have asked me… Read More