This week, we asked Katie Seaman (Senior Commissioning Editor at HQ Fiction) to join us for What We’re Reading! She told us all about The Street by Ann Petry, a book originally published in 1946, which was widely praised and became the first book by an African American author to sell more than a million copies. 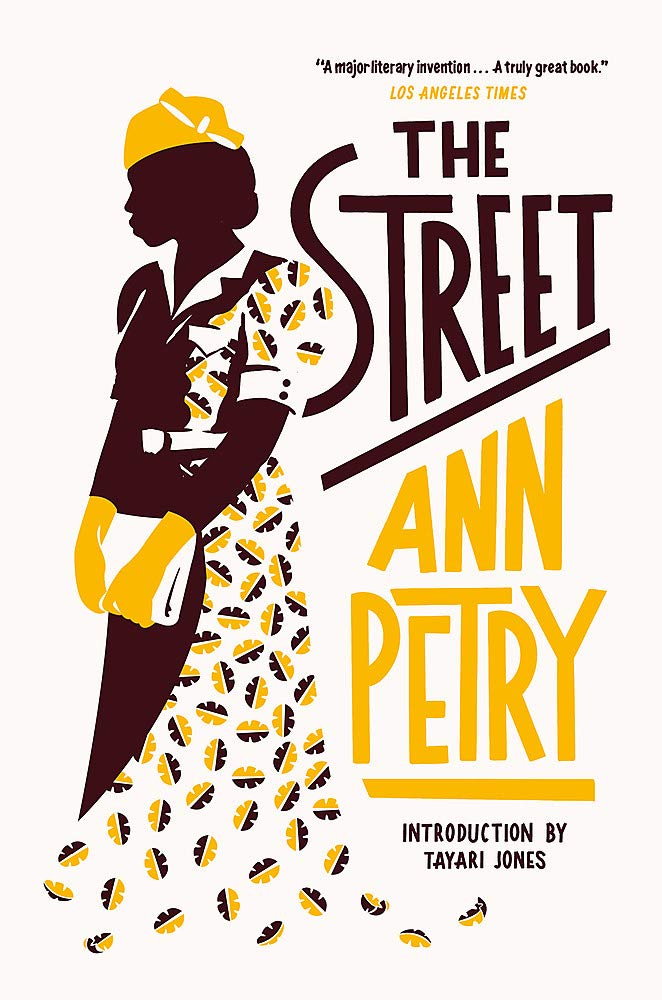 New York City, 1940s. In a crumbling tenement in Harlem, Lutie Johnson is determined to build a new life for herself and her eight-year-old boy, Bub. Having left her unreliable husband, Lutie believes that with hard work and resolve, she can begin again; she has faith in the American dream. But in her struggle to earn money and raise her son amid the violence, poverty and racial dissonance of her surroundings, Lutie finds herself trapped: she is a woman alone, ‘too good-looking to be decent’, with predators at every turn.

What did Katie think?

‘I stumbled across this book after seeing a book reviewer recommending on Twitter and couldn’t believe I had never heard about this book before. Ann Petry was the first African American author to sell over one million copies and with her master storytelling, The Street feels as groundbreaking, if sadly as timely and relevant, today as when it was first published nearly seventy-five years ago. I wouldn’t say I enjoyed reading this necessarily as it’s dark and harrowing, but I found myself turning the pages as I willed Lutie on. She’s a protagonist you can’t help but root for from the beginning until the heartbreaking ending as she desperately tries to build a better future for her son Bub.

In her introduction to the novel, Tayari Jones, the bestselling author of An American Marriage (which I’d also highly recommend) summed The Street up perfectly saying “it’s a book riddled with pain, but somehow powered by hope”. It was an eye-opening insight into the black female experience and a book that I know will stay with me, and I hope it becomes a rediscovered classic finding the wide readership and recognition that it deserves. With everything going on in the world, The Street reminded me of the power of a good book – they can provide a window into another world or experience, challenge our perceptions and expand our horizons.’

If you liked this, we think you’ll love… This Lovely City by Louise Hare

With the Blitz over and London reeling from war, jazz musician Lawrie Matthews has answered England’s call for help. Fresh off the Empire Windrush, he’s taken a tiny room in south London lodgings, and has fallen in love with the girl next door. Touring Soho’s music halls by night, pacing the streets as a postman by day, Lawrie has poured his heart into his new home – and it’s alive with possibility. Until, one morning, he makes a terrible discovery.

Atmospheric, poignant and compelling, Louise Hare’s debut shows that new arrivals have always been the prime suspects. But, also, that there is always hope. What We’re Reading: Everyone Versus Racism – Patrick Hutchinson

What We’re Reading is back! On the shelf this week is Everyone Versus Racism: A Letter to My Children by Patrick Hutchinson. Marketing Executive Becca Joyce tells us all about it.   What’s it about? On 13 June 2020, Patrick Hutchinson, a black man, was photographed carrying a… Read More