Continuing with our NaNoWriMo series, we thought it was important to look at creating characters. After all, what is a book without a protagonist?

Terry Lynn Thomas is here to talk about creating the characters for her new series. In book one, The Betrayal, she introduces her readers to Olivia Sinclair. Read on to find out her process…

There’s something familiar and comforting about reading a series. Who doesn’t love a taut story with compelling characters that you will meet again, and – if the writer does their job – root for them as they grow and change?

The Olivia Sinclair series tells the story of sixty-two-year-old Olivia Sinclair, a successful family law attorney in the US, who is on the brink of retirement when she discovers the husband she has loved for decades has never been faithful. When Olivia is arrested for the murder of his mistress, things become even more dire.

It’s all about the characters.

Book 1, The Betrayal, is populated with an interesting cast of characters. Olivia’s best friend, Lauren Ridley, is a retired rock-and-roll legend. Lauren is a free-wheeling hippie with unconventional attitudes about life, love, and a woman’s place in the world, qualities which bounce perfectly off Olivia’s somewhat staid and provincial outlook. Brian Vickery, the private investigator who works for Olivia’s defence attorney, is a grieving widower. Brian’s beloved wife, Maureen, passed away from cancer, leaving Brian devastated and without direction. When Olivia and Brian meet for the first time, they circle one another, each not quite sure about the other. Over the course of the series, Brian grapples with his own loss and grief, sometimes not successfully, while Lauren Ridley’s promiscuous lifestyle causes her difficulty.

From the writer’s perspective, writing a series is truly creating a tangible world, populated by a cast of players, each of whom not only serves a dramatic role in each book, but who also play a role in the series. While each book provides a dramatic landscape, with characters who either succeed or fail at their story goals, the series world should have an over-arching theme and its own cohesive structure. In Olivia’s case, her entire plans for retirement and the autumn of her life have been upended. Over the course of the series we will watch Olivia grapple with the idea of starting a new life, far different from the one she had envisioned for herself.

As I introduce you to Olivia’s story in The Betrayal and write the subsequent books, I will be continually asking myself how Olivia is changing and how I can populate her world with characters who will support her in this endeavour or will specifically try to defeat her. It is the other characters who will give Olivia the conflict and support she needs to satisfy the series arc. My intention in bringing Olivia and her posse of friends and foes into the world is to write fasten-your-seatbelt fiction, with deeply woven characters that readers will care about.

Keep your eyes peeled over the next month for more writing tips from your favourite HQ Digital authors. Hopefully, it’ll give you all the advice you need to get through NaNoWriMo!

Terry Lynn Thomas’s new book The Betrayal is out now in e-book! You can buy it here. 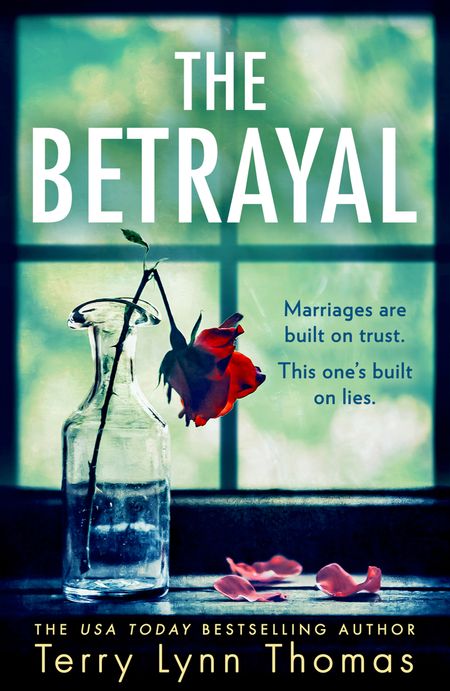