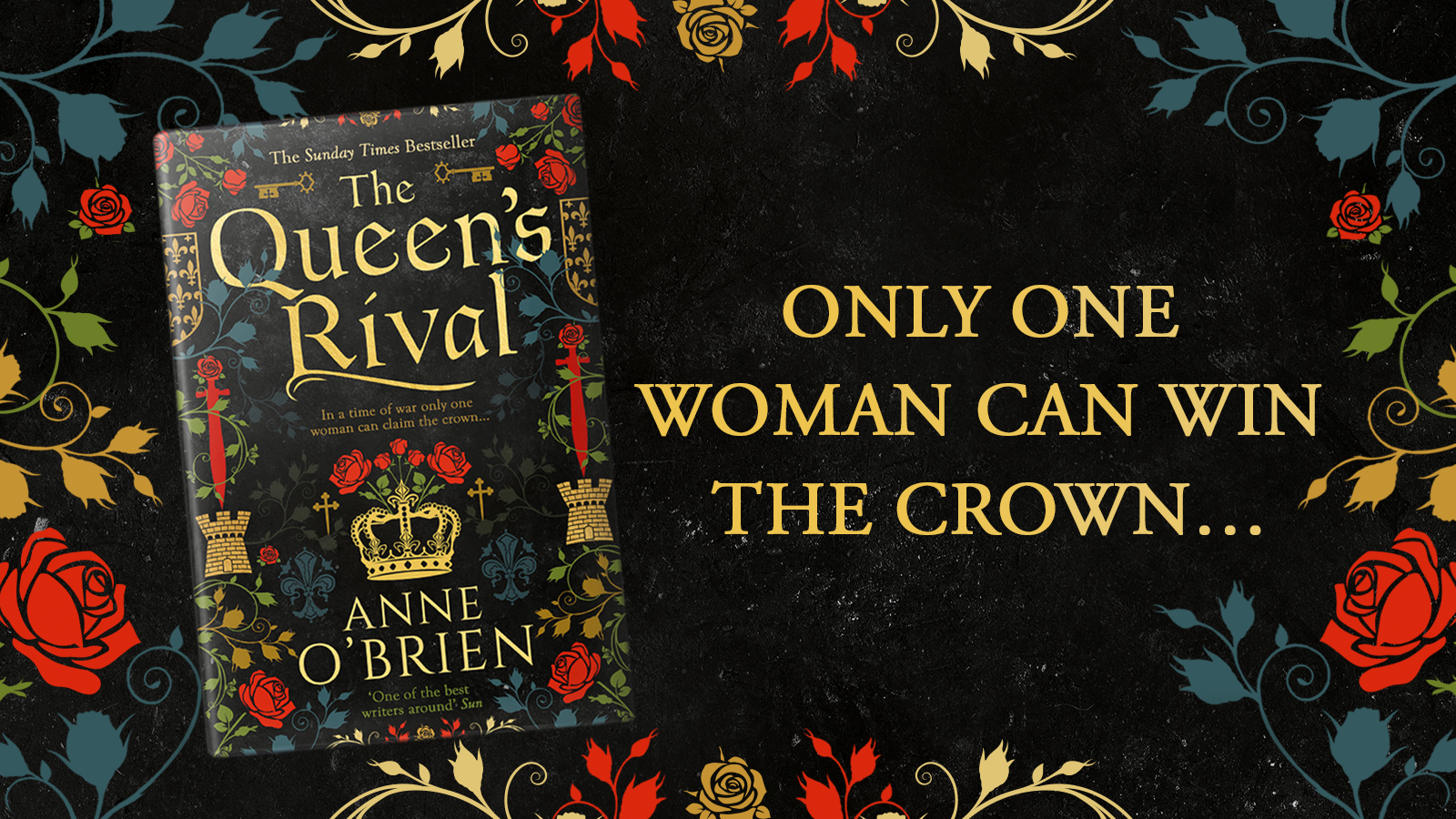 To celebrate the release of the new historical novel The Queen’s Rival by bestselling author Anne O’Brien, we are sharing some letters that feature in the book. Our second letter features our protagonist Cecily, Duchess of York, writing to her sister Anna, Duchess of Buckingham.

Written from our castle at Ludlow, on this tenth day of October 1459

Sister, written in haste so excuse the scrawl and blots,

Do not give up on my letter and consign it to the flames before reading past the first sentence. I am writing to tell you that by the end of tomorrow your sister and her closest family may well be dead in a ditch or taken prisoner as traitors.

I can hear your thoughts already, loud and clear from distant Kent, accusing Richard of desiring the crown for his own supreme ennoblement. Unfair, Anne! That is and never was Richard’s desire, no matter what Queen Marguerite might announce to the world.

The King’s army is outside our gates. I do not know what information you have, but it would be remiss of you if you allowed yourself to become cut off from these dangerous developments. I feel it my duty to write in warning for we will not emerge from this unscathed, although who will suffer most – you or I – cannot yet be determined.

When we were children, who would ever have predicted that, through marriage, we would have become enemies, cleaving to opposing sides in battle, you for Lancaster, me for York. It wounds my heart, but what is done, is done.

I am presuming that your misguided husband Humphrey Stafford, Duke of Buckingham, is at this very moment within shouting distance of us here in Ludlow, with the Lancastrian army at King Henry’s side. I can only hope that Henry is not the man for waging war, that he will withdraw and agree to parley, but as Richard says, the King is not always in command of himself, much less his armies.

Neither one of us, Anne, can deny that Henry has proved dilatory in recent years, even when he appears to be in control of his senses.

Richard is confident there will be no battle. He says that we are as well prepared as we could be with ditches and palisades of stakes, with well-set ambushes and traps. We have cannon set in place. Nor will Richard fight, unless provoked beyond reason.

This was Richard’s final reassurance as he left me to inspect the soldiery that inhabit, like a plague of rats, every corner of the town and castle. Which should comfort me, but it does not.

Do you think Buckingham might use his considerable weight to persuade Henry to negotiate? I know he is a man of good sense and moderation, if he can but capture the King’s flea-hopping attention from my cousin Somerset’s constant aggression. You should know that Marguerite has refused any kindly intervention. She stands like a beacon on a hill-top, agleam with regal authority and vicious recrimination. All of our past closeness is buried under acrimony and fear.

I am afraid, Anne. My sons Ned and Edmund are with Richard on the battlefield. I know they are of an age to be there, but I fear for them, particularly Edmund who is not as robust as his brother. Meg, George, and Diccon remain here with me at the castle, although George claims he should fight beside his father. He is already almost as tall as I, but then it has to be admitted that I cannot boast of any degree of stature. At this moment he is polishing his weapons.

Oh, Anne, do we not both know what it is to lose children to death? I cannot imagine your grief at the loss of your only son and Buckingham’s heir, from his wounds from a Yorkist sword after the Battle of St Albans. At least you and Buckingham could be consoled that he had a son of his own, your grandson, to inherit the dukedom.

I cannot even consider the loss of my sons to Lancastrian swords, on my own doorstep here in Ludlow.

I do not expect compassion from you. The political rifts have been dug too deep. All I can ask is that you petition the Blessed Virgin and Holy Mother for a peaceful outcome, and understand that it was never my intention to be at odds with you. It is the way the world works when men have ambitions.

From your sister who, despite all, loves you as much as she

If you enjoyed this letter, make sure to pick up The Queen’s Rival out now. Available on Amazon, Waterstones, Hive and your local bookshop.

Keep your eyes peeled for more letters on the blog, coming soon.