Wondering and Wandering by Alex Shaw

Alex Shaw, author of the Aidan Snow series and the explosive new Total Blackout, is a well-travelled man! Writing for the HQ blog this week, he shares with us how his experiences have influenced his writing.

As an author, my job is to entertain the reader. I do this by transporting them to lesser-travelled locations and exploring the dramatic possibilities therein.

I’ve been lucky enough to have been an ex-pat in two geographically and culturally different countries, Ukraine and Qatar. And I’ve also had several international jobs which have taken me to numerous countries around the globe. Each of the places I have visited or lived in have been the fuel to my writing machine. I’ve written extensively about Ukraine, much of it based on my own experience, but have only mentioned Qatar in Cold Black years before I ever stepped foot in the country. Both countries have so much to explore as an author andneither one has in my opinion yet been made a mainstream location, which for me is exciting. Kyiv has started to pop up in books and films but Qatar? Dubai and Abu Dhabi continue to grace our screens in numerous Hollywood blockbusters, but Doha? Where’s that?

As I await the publication of Total Blackout, my first Jack Tate thriller which, although securely set in the US, has part of the backstory in Ukraine, I am busily completing the follow up (tentatively named Total Fallout) which will have at least one scene set in Qatar. Please don’t get me wrong, however. I love to wonder and wander whenever I get the chance, be that around Kyiv, Doha, or any other location I am writing about. But I am not attempting to be an advert for any tourist agency. Every location has a side that the authorities would rather you didn’t see, and it is knowledge of this which can add colour and drama to one’s writing.

When I was last in Saudi Arabia, almost twenty years ago, I sensed a feeling of unease. I was standing in front of a shop window idly inspecting the wares. A week later a bomb exploded almost directly outside the same shop. I incorporated this feeling into the parts of Cold Black set in the Kingdom.

I find it difficult to sit and reflect on my work. For me, it is an organic and natural approach to write on location and to write about places I have been to, people I have seen and events I have witnessed. Something compels me to write about them. Am I boasting ‘look where I’ve been’, am I a gossiping ‘ooh you’ll never guess what I saw…’ or am I simply trying to understand and interpret the world around me? Perhaps it’s all of the above, but until I’m told to do otherwise I shall continue to write in this way.

Total Blackout by Alex Shaw is out in eBook September 25th! 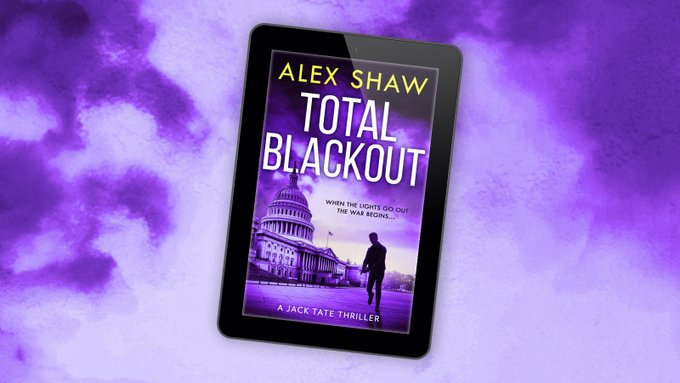 The Lost Sister is Kathleen McGurls latest unforgettable timeslip novel. To celebrate it’s upcoming release, we asked the author where she finds her inspiration. Read on to find out some fascinating places Kathleen McGurl found her stories. On Inspiration by Kathleen McGurl ‘Where do you… Read More Today we publish And Then She Ran, the utterly gripping new cat-and-mouse thriller that will keep you reading long into the night from Karen Clarke! To celebrate, Karen joins us to share some of her favourite cat-and-mouse books, films and TV shows. If you like any of these, you… Read More