Never tried gangland fiction before? Now’s your chance! Check out this extract from The Rules, the second installment in Kerry Barnes’ explosive gangland series, below!

Do you live by the rules, or die by them?

Detective Lowry hurried down the corridor to the end room of the burns unit. Panting furiously, he impatiently moved aside the two police officers who were on guard duty. He stopped in his tracks as he entered the sterile-looking room. The silence sent his senses alive. He wanted to gasp but quickly put his hand to his mouth. He peered closely at what looked like clingfilm over the girl’s face and shuddered at the horrific sight. Was she once pretty? he wondered. It was so hard to tell. Her face looked like a mask of melted pizza. While one eye was entirely covered with wadding, the other was peeping out through the mangled mess. He jumped when he saw she was awake and looking his way. She must have known that he was staring with morbid curiosity. But, sadly, it would be something she would have to get used to. Her face would never look the same again.

Breathless, he stepped closer. A sheen of sweat covered his brow, his mouth became dry, and his hands trembled. He’d seen many injuries in his thirty years on the force, but this was the worst one ever.

Sonya Richards could barely move her lips with the swelling, but she’d been given a seriously massive number of painkillers to numb the pain. Only a small part of her face could feel intense throbbing. The rest was almost completely burned down to the bone, killing all the nerves.

It was hard to take his eyes away from her face, but he had a job to do. Pulling up a chair, he sat close to her bed. His pot belly hung over his suit trousers, and his wheezing increased; he needed to cough to clear his throat.

‘Can you tell me who did this to you?’

She closed her eye and tried to swallow. The acid had not only managed to rip the insides of her mouth but also the larynx. ‘Is my husband dead?’ she croaked, her voice barely audible.

Lowry fidgeted in his seat. The raw flesh around her swollen mouth crinkled, and he winced, almost feeling her pain. ‘Um, have the doctors spoken with you about . . . er . . . ?’

‘No, they said you would talk to me.’ Her voice was a gruff whisper.

He guessed she already knew the answer.

She nodded, still with her eye closed. ‘Do you think it was quick?’

‘He was selling that drug.’ She paused to take a breath. ‘You know the one. Flakka, it’s called. He changed after that, you know. I never really knew him anymore.’

Lowry took out his pocketbook and began scribbling notes, allowing her time to get her words together; he could sense she was struggling. ‘Did he know the man who did this? Was he a dealer? Or perhaps a user?’

She shook her head again. ‘All I know is he’s called the Governor. He’s an evil man.’
‘The Governor? What does he look like?’

‘He’s a big man, a huge man . . . but he had a balaclava on his face, and so did the others, including the girl.’ She stopped and took a laboured gasp for air.

‘Yes, the girl. She was the one who did this.’ She slowly lifted her arm and pointed to her face.

‘Do you remember anything about this girl? Can you recall her age, her name, anything at all?’ He knew he was pushing her, but he had to get answers, in case she didn’t make it.

The drugs were obviously taking control as she began to talk more slowly. ‘No. You see as well as the balaclava, she wore a Mickey Mouse mask, and it was very dark. But I remember two things. She had long dark hair and she was young. She laughed at me, like a kid would, and then the men put a bag or a sack over my husband’s head. He didn’t stand a chance, they were so big . . . They were so big . . . so cruel . . . Why me?’ Her words were now slow and drawn-out. The drugs were taking hold.

Lowry stopped writing. The poor woman was asleep. He sat and stared at her and then studied his notes. This attack shocked him more than anything, and it wasn’t the first case. The whole world was going mad. Had the Devil come down to earth? he wondered.

The Rules is out today! 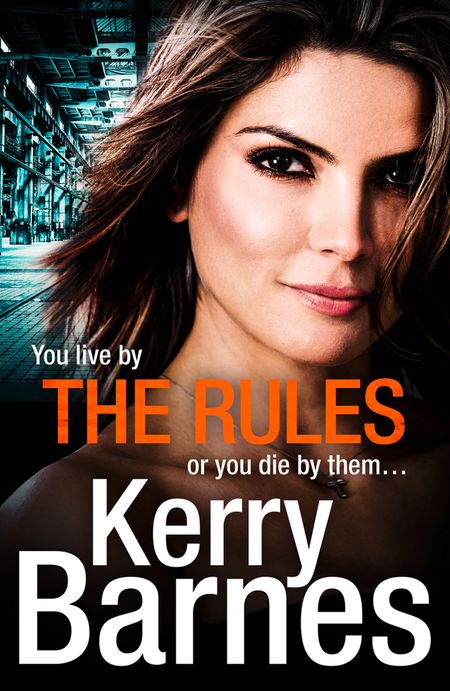 This month BOSH! turns five years old, so we’re celebrating by sharing one of our favourite BOSH! recipes ever… this delicious BOSH! lasagne! We just can’t get enough of this rich, creamy, cheesy classic. Comforting and delicious, this BISH BASH BOSH! recipe is one of our absolute favourites. You… Read More This month BOSH! turns five years old, so we’re celebrating by sharing one of our favourite BOSH! recipes ever! Over the years, BOSH! have shared over 14 burger recipes, and the hungry public recently voted the Healthy Black Bean Burger as their favourite! But in close second was this… Read More To celebrate the publication of Liz Fenwick’s gorgeous new novel, The River Between Us, on June 10th we’re giving you a sneak peek at chapter one! Treat yourself this bank holiday weekend by diving into this evocative, rich and atmospheric novel laced with secrets… Chapter One 2019 At the start… Read More