Meredith May, author of The Honey Bus

As a beekeeper, I occasionally get calls from people who want to know how to start a hive in their backyard. But now that most of us are quarantined at home, packing away food for the apocalypse, everyone seems to be calling.

Which is great, because honeybees as we all know need sanctuaries, and good guardians to help them rebound.

But what the callers don’t realise, as they are picking out paint colours for their new hives, is that while beekeeping may be homesteader-sexy, it’s not as simple as getting the bees and putting them in a twee box. Apiculture is an extremely un-titillating crash course in entomology and immunology.

Are you willing, I ask every caller, to be in constant battle with an army of bacteria, parasites, and viruses that are hell-bent on killing your bees?

Right now, the v-word casts a pall. But here’s the thing. Over the last 120 million years, honeybees have come up with some ingenious ways to flatten the curve. We could learn a lot by studying what these tiny creatures do when they get a communicable disease.

Like us, honeybees are highly social creatures living in tightly confined spaces where they routinely share food as well as bodily fluids. The hive, the office, the mega-church or Mardi Gras … germs love an unsuspecting crowd.

At the height of summer, a bee colony can swell to 80,000 family members. Thousands of times a day, foragers return to the hive with droplets of nectar, where waiting ‘receiver bees’ swallow the droplets into their honey crop where enzymes are added to the nectar. The droplet gets passed like this from bee to bee, until it’s finally regurgitated into a wax honeycomb cell. Another bee comes along and fans the liquid with its wings to withdraw the moisture and turn it into honey.

That’s a lot of intimacy behind your honey. And it’s a large part of why bees fall prey to an encyclopedia of viral infections that can deform their wings, liquify their larvae, and paralyse their foragers. But despite it all, the honeybee has persevered, and that gives me hope for us.

When a worker bee gets sick, researchers have noticed an amazing thing. She removes herself from the hive. In an ultimate act of altruism, she leaves so she won’t infect anyone else. Honeybees have survived this long because they practice social distancing. They believe in the greater good.

Even when bee biologists at the University of North Carolina made bees only feel sick by exposing them to elevated carbon dioxide levels, the bees left the hive rather than spread the faux sickness to the others.

In my own bee yard, I once tried to put a sick bee back in the hive, but she refused. She kept crawling back out.

What We Can Learn

Humans and bees are often compared to one another, because we are similarly hardwired to want to be together. Now that most of us are confined within four walls, we are scrambling for ways to stay sane.

It’s day sixteen of my California quarantine, and I’ve already put together every puzzle in the house. I can’t stop baking sourdough bread. I’ve Zoom-cocktailed with my girlfriends, knitted a Christmas stocking, and started doing those Peloton workouts in earnest. I ripped up my old jeans and pyjamas and sewed them into face masks.

Instead of going to Costco to panic buy, I got a dehydrator to suck the moisture out of things – apples and bacon strips – and I’m filling the pantry with jars of wrinkled space food we in all likelihood will never eat.

And I’m talking to people about bees.

I tell them beekeeping isn’t about having a hobby or getting honey. It’s about wanting to learn from an ancient creature that’s been though it all and seen it before. It’s about looking very closely at a very small thing and finding out how big its heart truly is. 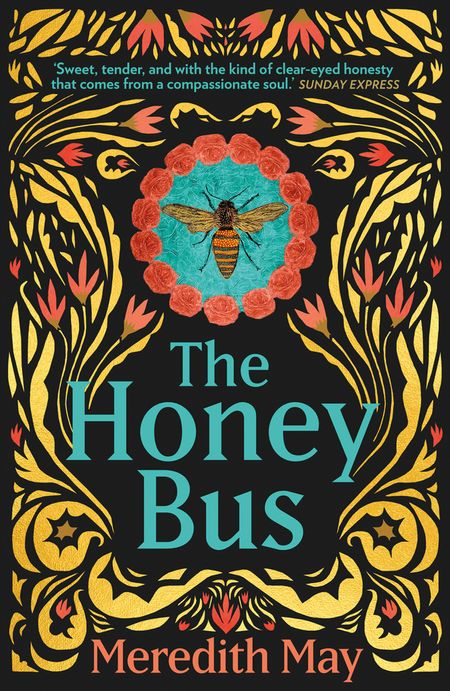