Ahead of the paperback publication of Nightingale Point, Luan Goldie reflects on the inspiration behind her brilliant and moving novel and gives us an insight into her writing process.

‘My husband is Dutch and we visit Holland quite regularly. One evening, driving back from a day out with friends he was talking about the Bijlmer area in Amsterdam. He explained how it went from being a complete ‘no go’ area to being hugely gentrified. It reminded me of Hackney, the place I grew up. He then added, ‘It’s also where the plane crash happened.’ He said this so casually and assumed that I knew about it, but of course I had never heard of it. I couldn’t quite believe it either when I first started researching the 1992 incident, which saw a plane smash into a group of council blocks. It was such a horrifyingly tragic accident. But once I got over how terrible the initial news reports were from the time, I started to read stories about the community it happened to and what they did next. I found I couldn’t stop thinking about how they went through such a thing and then went on to rebuild their lives after it.

We are bombarded with tragic stories all the time. But how often do we hear what happens next? What happens after the disaster or the act of terrorism? The survivors still have to carry on with their lives. They still have work, families and experiences. They still have a day-to-day. I was also really interested in how normal people who go through such events respond to each other; after all, they’ve been through something no one else can really relate to.

I always knew my first novel, Nightingale Point, would be set on a council estate. I grew up on large council estates in Hackney, East London. It’s normal for me and for thousands of others out there. But for some reason, it’s a setting you don’t see that often in TV, films and especially books. On average I read a book a week and struggle to think of books set on council estates, yet I could easily reel off loads set on country estates and in manor houses. I wasn’t trying to make a big statement about class, it’s just a setting.

Even before I sat down to write I knew the story would be told from different perspectives, but I didn’t quite know how many. I had so many characters in my head and they all had a story to tell, but in the end I settled on my five favourites. Each of these characters walked into my head fully formed. I loved them from the start and knew they were going on this journey with me.

Tristan is fifteen and was the most fun to write. I loved writing his raps, though I’ve since been told they are terrible. Elvis was the easiest because the way he sees the world is so black and white and almost childlike. Malachi was the hardest because he goes through so much and shows so little. Mary was really fun too, but also challenging as she’s from the Philippines originally and I really wanted to nail her speech, so I had to do a lot of listening. Pamela was tough to write, for reasons obvious to those who have read the book.

One of my favourite things about talking to readers is hearing who their favourite character is. Everyone seems to have an affinity with one of them and there seems to be no rhyme or reason why. But there is something great about people saying they love Tristan who starts off as your typical ASBO teenager, because he’s the sort of person we’re not really meant to warm to.

Right now, I’m very busy with my job as a primary school teacher. This is my tenth year teaching; I love it but it’s very challenging and at times exhausting. The children give me so much energy but at the end of the term I am drained. I also have a child of my own at home so spare time is precious.

I’ve also been completing my second novel. It’s called Homecoming and will be out this summer. I didn’t think it was similar to Nightingale Point at all, but early readers have said the themes are. While the first novel was quite claustrophobic in its setting, this one is told across a twenty-year period and two countries. But this time there are only two perspectives – one a typical Gen Z teenage boy and the other a middle-aged woman. All you know at the start is that these two people need to travel to Kenya to do something, and gradually the reasons for their trip unravel.’ 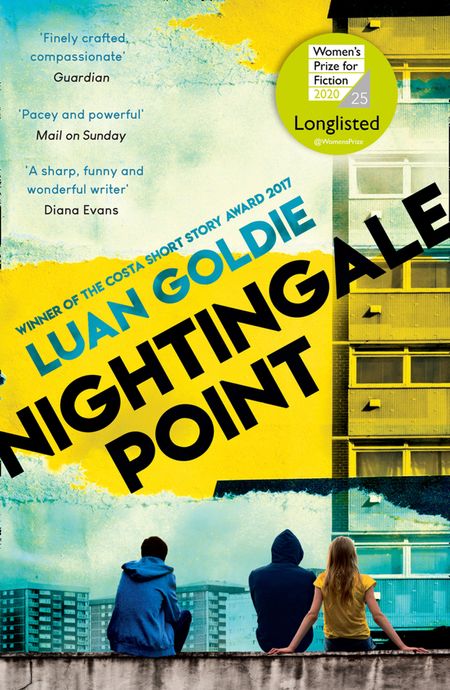 To mark Women’s History Month, Anne O’Brien celebratesthe life of Cecily Neville. You can learn more about her story in Anne O’Brien’s latest novel, The Queen’s Rival. Cecily Neville, Duchess of York, is one of the most appealing women of English medieval history, worthy of celebration.  Most medieval women… Read More