The secret is out… An exclusive extract from PL Kane’s latest thriller!

When Jake learns of his troubled daughter’s death, he is determined to find out what really happened on that fateful night. But Jake hasn’t seen Jordan for over three years and, with secrets of her own, there was a lot he didn’t know about his only daughter.

Jake’s ex-wife Jules is reluctant to let him waltz back into her life. But when Jake makes a shocking discovery, he is convinced that there is more to her murder than they are being told.

Grief stricken and full of regret, he is desperate to protect his daughter’s memory – to understand her final hours…

With a question mark hanging over the case, will Jake be able to piece together the fragments of evidence, uncover the truth behind Jordan’s death – and make amends for the time he has lost?

Read on for an exclusive extract of P L Kane’s gripping new thriller, Her Last Secret…

Yeah, I know what you’re thinking – another one! But this time it’s different. And I know you’re going to tell me ‘that’s what you always say’, Jordan, but this time I really feel like it’s true. That Robert ‘Bobby’ Bannister is going to have a massive impact on my life, that he might even be able to change my life. Be a big part of it moving forwards. Too early for thinking about being with someone like that, marriage, kids – although my folks had to think about all that when they were much younger than me… because of me. But, well, Bobby’s the kind of guy I could definitely see myself with. Y’know, later on.

It was one of those stupid moments, like you see all the time in romantic comedies. Not all that ‘eyes across a crowded room’ rubbish, but bumping into him as I was coming out of the ladies and he was making his way to the gents. This was in the Market Street Pub the other weekend, where I was having a few drinks with the girls before heading to a club. Turns out Bobby was doing the same – or planning to anyway. He was there with a mate, but they’d had to rush off; some kind of family emergency (don’t you just hate it when that happens? Or not, in this case, as it meant Bobby was at a loose end… I didn’t find all this out till later, of course). So Bobby was going for a pee before heading back off home himself. Enter yours truly.

Anyway, the corridors are a bit narrow in that place heading towards the loos, as you know, so we ended up doing this silly little dance: left, right, left again, to try and avoid stumbling into each other. Then couldn’t help laughing at the ridiculousness of it all. Best laugh I’ve had in ages, actually. Really cheered me up… And then he went off and I went back to the girls, not thinking anything more of it – except I couldn’t help glancing in that direction when I’d taken my seat again. Watching for him, waiting for him to come out again. Talk about desperate!! More desperate than I was for the toilet! What was I going to do, trip him up when he came out? Then leap on him? Not really my style. Do I even have a style?

I didn’t need to do any of that, as it happens, because when he emerged again he looked around for me, then headed over when he spotted us sitting not far away – a big smile on his face.

‘Hey,’ he said. And I swear, it was the sweetest thing I’ve ever heard a guy say to me. All right, I know, I know, when you’re in the middle of it – when you like someone – it all sounds like that, doesn’t it. But there was something about his voice. He has a… kind voice. A kind face, too.

He introduced himself and asked if he could join us. I don’t think Becks or Raj were massively keen, but Laura didn’t seem to mind. I haven’t known them that long really, a few other mates – Donna, Von and Neal – who I don’t see that much of nowadays, I think because Von and Neal are going out with each other now… Okay, well, they introduced me to Raj… or was it Becks? I can’t for the life of me remember now. It wasn’t Laura, but she hangs about with them… I like Laura. I think we might actually end up being good friends eventually. We’ll see. Too early to tell. Not like with Bobby, eh? I hear you cry!

Becks was talking about how we ‘needed to go’ if we were going to hit the clubs, and I could see Bobby’s face fall. Like someone had just killed his favourite pet. I was about to make the suggestion that he come with us, when he said something about carrying on the dancing from before, in the corridor, only he promised to do it better this time. Very funny, very sweet. The girls weren’t too happy about that – apart from Laura, like I say – but I figured sod ’em and said he could tag along if he wanted.

I hope it doesn’t get in the way of anything with them, our girls’ nights out, but then I haven’t really known them that long. Don’t know them all that well… Still, it’s nice to have other girls to talk to about this kind of thing, unless it’s the really private stuff naturally. But then, that’s what I’ve got you for, right? To tell you about my most secret secrets. Kind of. Mostly.

In any event, he came along and we spent the whole evening just dancing, and having a laugh. He didn’t try it on once, not even at the end of the night – which I admit I was a little worried about. Does that mean he doesn’t like me? kind of thing. Doesn’t fancy me? Except we’ve been out on a couple more dates since then and… well, I don’t want to jinx anything – God knows I’ve done enough of that in the past – but it’s going really, really well.

Maybe I’ll even take him back to meet Mum at some point, I think she’d like him. Think he’s okay. He reminds me a bit of… I think he’d like him too. Not that it’ll ever… I mean, it’s my birthday soon – twenty-one, that’s supposed to be some kind of milestone isn’t it? Used to be, doesn’t really bother me that much if I’m being honest, except… I wonder if…

Doesn’t matter. Now’s not the time to be sad. I should be happy. Because Bobby Bannister is in my life, and that’s really going to make a difference. Already has.

I think he’s going to have a huge impact on me. I’m certain of that – more certain than I ever have been about anything before. Yeah, a big impact.

Her Last Secret by PL Kane is out in ebook now. Buy your copy here. 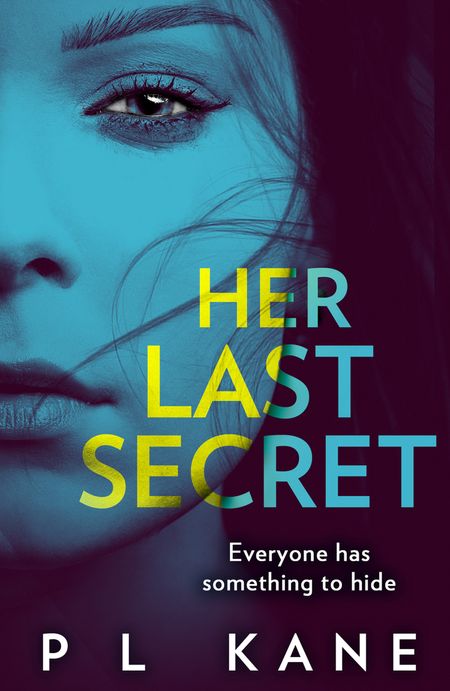 The drinks are flowing. The music is playing. But the party can’t last… To celebrate the paperback publication of This Lovely City, the atmospheric and poignant debut novel from Louise Hare, we’re giving one lucky winner the chance to win a Townhouse Cocktail Box for two… Read More Win a luxury weekend break with Just My Luck!

To celebrate the publication of Adele Parks’ no.1 Sunday Times bestseller Just My Luck, we’re giving you the chance to win a two-night bed and breakfast stay at an Everbright Hotel, plus a copy of this utterly gripping domestic thriller!   To be in with a chance of winning, simply… Read More In this world, perfection is everything. To celebrate the highly anticipated paperback publication of Q, we’re giving you the chance to win a £200 National Book Tokens gift card! All you have to do to be in with a chance of winning this amazing prize is… Read More