Will Caine: What I have in common with John Le Carré

Ahead of the paperback publication of his political thriller, The Inquiry, Will Caine reflects on his love of John Le Carre and a particularly interesting coincidence…

‘Never imagining for one moment that I would, in any regard, ever emulate our greatest contemporary spy novelist, I sat down with my usual excitement to read John Le Carre’s latest offering, Agent Running in the Field. A terrific read it is too – the master pretty much back to his best, which is quite remarkable given his longevity. However, I almost leapt in my chair when I saw that Le Carre had used the name ‘Pitchfork’ for a key agent in this book. For in my recent novel The Inquiry  I had used that very same name, ‘Pitchfork’, for the espionage operation that lies at its heart. One prompt I had for using the word was, for reasons the book reveals, to connect back to a MI5 real-life operation against the IRA during the Troubles code-named ‘Stakeknife’. There was a second reason but that would be a plot spoiler. So what was Le Carre’s inspiration? Agent Running in the Field was published a full eight months after The Inquiry? Was a hidden camera secretly filming me as I typed? Was the doyen of spy novels spying on me? If only..’

Knowledge of these files is classified.

A final warning: you must move fast.

Former MP Francis Morahan swore never to return to politics. But when he’s asked to chair a government inquiry into the intelligence agencies’ record against terror, it’s clear that it’s an order from the top – not a request.

Sara Shah once teetered on the edge of a dangerous circle. Now a lawyer in a prestigious London firm, she’s put her past behind her. Until a letter delivered by hand summons her to join the Morahan Inquiry.

Duty-bound, Sara accepts. Armed only with a list of names, dodging her one-time connection to the networks she infiltrates, she finds herself led by an anonymous source into the darkest corners of post-9/11 Britain.

What, or who, was the weapon at the heart of British terror?

IT IS A SECRET SOME WILL STOP AT NOTHING TO KEEP HIDDEN.

Westminster’s best-kept secrets are hunted down in this edge-of-your-seat political thriller. Pre-order the paperback here. 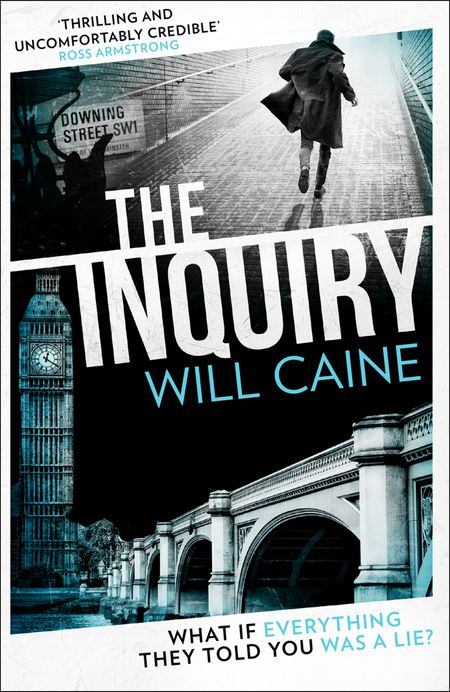