Hester Fox on the inspiration behind her Gothic writing

New England is a treasure trove of inspiration for the Gothic writer. And is it any wonder? Living in Massachusetts, you’re spoiled for a rich, literary cannon, spectacular autumns, some of the oldest cemeteries in the country, and not least of all, a dark and sordid history that would make any Bronte green with envy. You can’t walk a block without tripping over an old graveyard, a historic house, or the site of a history-shaping event, the most infamous of the latter probably being the Salem witch trials.

The shadows of the Salem witch trials loom large in Massachusetts. Maybe that’s why I’ve always been drawn to ghost stories, the Gothic, and the darker side of history in general; it’s hard not to feel the echoes of such a terrible and chilling chapter of history. It wasn’t until the summer of 2015 when I was completing an internship at Historic New England for my museum studies program that my love of local history came together with my love of writing and storytelling. This organization owns 30+ historic houses around the New England area, ranging from first period saltbox houses to Federal mansions to mid-century modern homes. Working with the collection manager, I had the amazing opportunity to visit the different properties and assist with collections-based issues. I have always loved old houses and the stories they tell, but getting to work behind the scenes and becoming intimately familiar with the idiosyncrasies of each property was amazing. There is a really special feeling about being alone in the quiet of an old house, surrounded only by the sound of the wind in the trees outside, and the gentle hum of nature. It’s just about as close to time-traveling as you can get, and I found myself wishing that I could capture that feeling and put it in writing. One house in particular really captured my imagination. Built in 1800, Barrett House is an elegant mansion nestled into the lonely countryside on the border of Massachusetts and New Hampshire. The landscape is so beautiful and rugged, and the stately old house almost feels out of place there. I immediately began to daydream about a story that was as melancholy and beautiful as this unique setting.  Who would have lived there, and how did this lonely existence shape them? What did they think about as they lay in bed at night, listening to the wind whistling outside? I knew that I wanted to pay homage to my favorite genre, as well as include all the elements that make this region so unique. The local history of witches loomed large in my mind, and a dark undercurrent magic naturally wove its way into the story. Soon, my first book, The Witch of Willow Hall was born. When I sat down to write The Widow of Pale Harbour, I was excited to again have the opportunity to use a real location as inspiration for a Gothic story. This time I looked to the amazing Castle Tucker, another Historic New England property. This architecturally unique mansion was built in 1807 along the Sheepscot River in Wiscasset, Maine. I envisioned a tumultuous love story, filled with dark and chilling happenings that would reflect the striking landscape.

The works of Edgar Allan Poe play a key role in The Widow Of Pale Harbor. I’ve always loved the dark and heart wrenching work of Poe, or in the words of one of my characters in The Widow Of Pale Harbour: “He writes so beautifully, so full of pain and heartbreak. His stories are romantic beyond anything.” Just when you thought that Boston couldn’t get any more Gothic, you learn that Poe was actually born there. Unfortunately, Poe was not as enamored with Boston as we are with him today. He was constantly in a battle with the city’s literary critics and newspapers. In fact, the statue erected to honor Poe in 2014 has him facing away from the city, symbolizing his disdain for his hometown. Right now, I’m working on my third book, which will take place in Boston in the 1850s at the height of the spiritualist movement. Unlike my first two books, I didn’t look to a historic house for my inspiration, but an old Boston cemetery. If you want to talk about time traveling, there is no better place than a graveyard. Words chiseled in stone reach out across the centuries and stir the soul with their dark relevance. “Think of me as you pass by/ As you are now so once was I/ As I am now you soon shall be/ So welcome death and follow me.” How is that for a chilling connection to the past?

There are so many stories to be told. Whether it’s that of an old house with a secret, a tortured genius, an ancient cemetery, or just a lonesome field with an undefinable melancholy, New England will always be a wellspring of inspiration for writers.

The Widow of Pale Harbour by Hester Fox is out now! 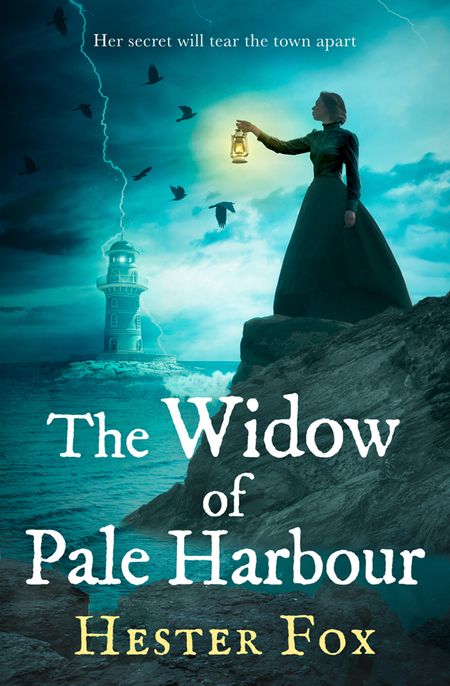 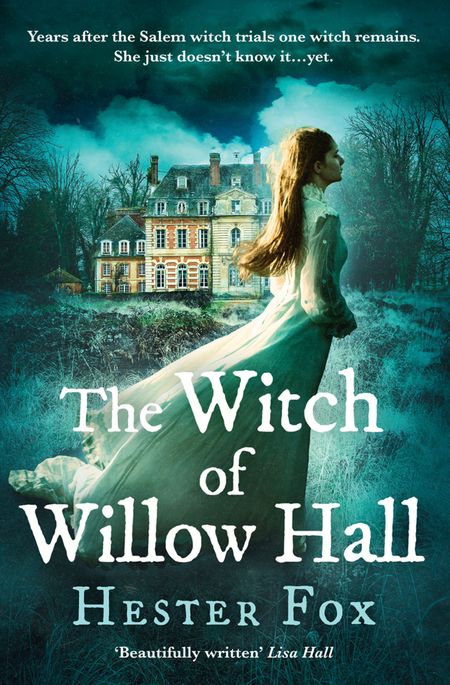