I keep being asked what DS Nikita Parekh, the main character in my new crime thriller series, is like and I thought a good way to become acquainted with her would be through the eyes of her closest colleague, DC Sajid Malik … so, here we go.

DC Sajid Malik sat in The Cake ‘Ole café looking out over a slightly sullen, rain drenched City Park in Bradford, whilst his partner Langley munched his way through a huge slice of Freddo Frog cake taking intermittent sips of coffee as he did so. Sajid was on edge. Coffee cup discarded, his eyes were drawn to the window. Where the hell was Nikki? She should have been here by now. For goodness sake, couldn’t she for once be on time? This was important to him. He and Langley had been seeing each other for months and now that Langley had taken the pathologist job in the city and, more importantly, they’d taken the massive step of deciding to move in together, he thought it was time for Langley to meet the closest thing to family he had – his boss, DS Nikki Parekh. After all, he doubted he’d be introducing his boyfriend to his real family any time soon – but that was another story.

Langley stuffed the last crumbs of cake into his mouth and raised an eyebrow. “So, what’s she like then, this boss of yours? This DS Nikita Parekh?”

Casting another glance out the window at the Mirror Pool fountains and still seeing no sign of Nikki, Saj sighed. “Well, her mum’s Indian and her dad’s white, but she doesn’t talk about him. She’s a right short ass. No more than five foot or so. Dark brown hair and brown eyes. Ties her hair up in a ponytail most of the time though.”

He screwed up his face. “She actually looks quite pretty when it’s down – but don’t tell her I said that. She’s always touching the scar that goes across her neck, like someone’s throttled her at some point and she wears mainly trainers and DM’s and …” Sajid rubbed his chin as he thought “Oh yeah. She’s got three kids and a needy sister and nephew that she has to dig out of trouble on a fairly regular basis… cracking boyfriend called Marcus. But it’s all on again off again with her. She can’t seem to commit … She lives on that estate – Listerhills – you know the one with the drugs and the occasional race problems? Her mum and sister live on the same street as her.”

He ground to a halt when he spotted Langley shaking his head.

Langley laughed, “Ok, I get what Nikki looks like and I get her family situation, but what I really want to know is why you like her so much? What is she like – I mean – really like?”

Nobody had ever asked Saj that sort of question before, so he hesitated, unsure what to say. Then he grinned. “A chestnut!”

Taking a slurp of his nearly cold coffee, Saj nodded. “Well, you know that sort of spiky outer shell of the chestnut? Well, that’s Nikki. She’s got this sort of prickly exterior that she uses for self-preservation. She’s not into all the gossipy chit-chat and the like, it takes a while to get her to open up and that’s because she’s got the chestnut prickly covers. She doesn’t take any crap.” He leaned back and folded his arms in front of him, “Don’t think she’s had it easy you know? Not with all her baggage and all that, so no surprise really that she likes to keep folk at a distance.”

“You’re really selling her to me, Saj.”

“Aw, I’m not finished yet though. So, underneath the spiky green bit there’s the lovely shiny, smooth, hard conker … that’s what you see when you get to know her.  Still hard as nails, but with all the jaggy bits smoothed off. She’s tough but fair, loyal to those she loves and, if she’s your friend, then she’s your friend for life. Get on the wrong side of her though and you’ll know about it.” Sajid was smiling now. “I’ve seen her make the toughest criminal grovel.”

“What’s she like with pathologists though?” asked Langley, his tone only half joking.

“Well, she didn’t like the last one much. But then he was a bit of an old misogynist and kept calling her the ‘little woman’ and trying to grab her backside. That all ended rather  nastily for him … bruised balls, I think.” He shrugged as if the old pathologist’s testicles were of minor concern. “But I’m getting to the best bit now, Lang. The pulp inside the conker.”

“So, underneath the spiky, needly bits and the hard smooth veneer there’s the soft squishy stuff. The stuff that makes her vulnerable, the stuff that she keeps hidden mostly – like all she went through as a child. The things she’s seen. I reckon that the pulpy bit inside is what makes the rest of her.”

“She’s a complex character then, your boss.” It wasn’t a question.

Sajid nodded, “Yeah, that’s Nikki Parekh in a nutshell – scars and all.”

At that point the café door burst open bringing in a gust of cold air. For a moment, Nikki looked around her and then made her way over to Sajid and Langley. “So, you’re the boyfriend he’s been trying to keep hidden from me for the past few months?” She grinned and shook Langley’s hand, before laughing out loud at Sajid’s shocked expression. “You didn’t really think I wouldn’t work out all the secret texts and nipping off early and not coming for our usual pint down The Mannville Arms? By the way, Saj, I do reckon you’re punching well above your weight with this one.”

Langley laughed. “You forgot to tell me how perceptive Nikki is, Saj.”

Nikki slouched into a seat. “I’ll have a coffee and then Langley can fill me in on all the crap you’ve been telling him about me.”

The two men exchanged a glance before Langley spoke. “Sajid told me I’d have to find out all about you for myself, so let’s sit down and chat.”

Before heading over to the counter, Sajid spotted a momentary flicker of panic in Nikki’s eyes, then she took a breath and relaxed as Langley told her all about how he and Sajid had met.

Thanks so much to Liz for writing this piece.  We now feel like we are really starting to get know Nikki’s character, it’s the perfect time to start reading Last Request. Prepare to be hooked! 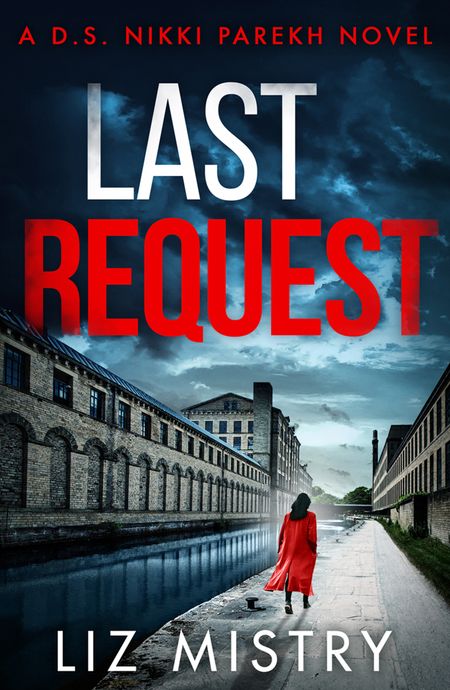 Fight scenes are at the core of the action thriller. The rules for writing fights are not set in concrete slabs of the type used to bury bodies, but they do exist. Get these wrong and the scene won’t work. Here are a few rules I follow:   The scene… Read More It seems almost serendipitous that in the week that my book The Jigsaw Man is released, we’re also celebrating the 30th anniversary of the film The Silence of the Lambs. Both the book and the film set a new standard for not only crime fiction but also our dysfunctional… Read More Whether it’s a chingwag over coffee or getting the lowdown over drinks, we all love a good catch-up with our friends. And right now, we’re all trying to find new ways to connect with our friends. In an exclusive piece for the HQ blog Andi Osho, author of the feel-good… Read More